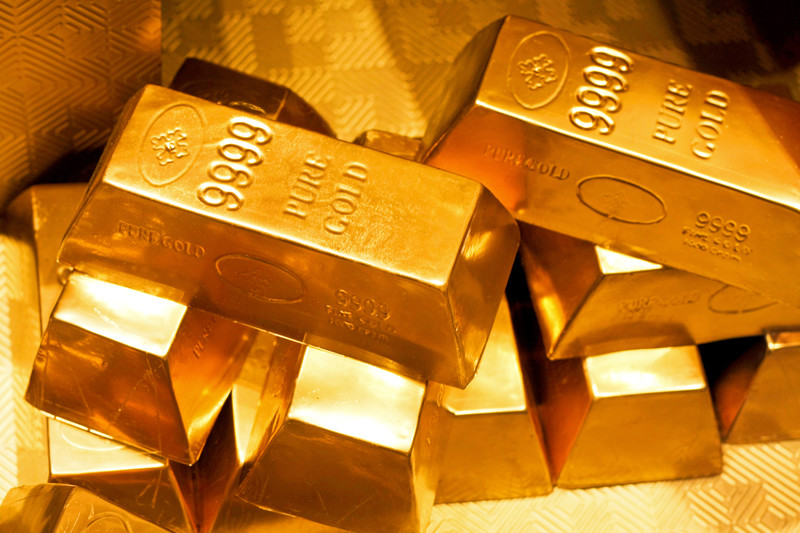 The Hodges were both Presbyterian theologians and ministers who taught at Old Princeton Seminary in New Jersey. Their writings magnify God’s sovereign saving grace to us in Jesus, humble our human pride, and promote holy living in believers. They were men with minds for truth and hearts of love for God and for their neighbors. Here are some quotations from the Hodges to deepen our trust in and obedience to Christ. I have modernized the language and some quotes are repeated under multiple headings. In many cases I have supplied Scriptures.

I hope God uses these truths to give all of us undivided love for Christ!

Affections (feelings): The real test of inward religious affections is not so much the strength of the feeling, as the course of action to which it leads. (CH) “Those who belong to Christ Jesus have crucified the flesh with its passions and desires. Since we live by the Spirit, let us keep in step with the Spirit. Let us not become conceited, provoking and envying each other.” (Gal 5:24-26)

Apostasy (abandoning Christ): The evil consequences of apostasy from God are not confined to the original apostates. (CH) “Dear friends, do not believe every spirit, but test the spirits to see whether they are from God, because many false prophets have gone out into the world.” (1 John 4:1)

Assurance: The first essential mark of the difference between true and false assurance is to be found in the fact that true assurance makes us humble. (AAH) “He has shown you, O mortal, what is good. What does the LORD require of you? To act justly and to love mercy and to walk humbly with your God.” (Micah 6:8)

Atonement by Jesus: The evidence that the death of Christ has been accepted as an expiation for sin, of infinite value and efficiency, is the fact that God has commissioned His ministers to announce to all people that God is reconciled and ready to forgive, so that whosoever will may turn to Him and live. (CH) “God reconciled us to Himself in Christ, not counting people’s sins against them. And He has committed to us the message of reconciliation.” (2 Cor 5:18-19)

Authority: Obedience to legitimate authority is one of the fruits and evidences of Christian sincerity. (CH) “Let everyone be subject to the governing authorities, for there is no authority except that which God has established. The authorities that exist have been established by God.” (Rom 13:1)

Bible and Christ: The Old Testament Scriptures are intelligible only when understood as predicting and prefiguring Jesus. (CH) “Concerning this salvation, the prophets, who spoke of the grace that was to come to you, searched intently and with the greatest care, trying to find out the time and circumstances to which the Spirit of Christ in them was pointing when He predicted the sufferings of the Messiah and the glories that would follow.” (1 Peter 1:10-11)

Bible and the Holy Spirit: Revelation is the act of communicating divine knowledge by the Spirit to the human mind. Inspiration of the Scriptures is the act of the same Spirit, controlling those who make the truth known. (CH) “Scripture never had its origin in the human will, but prophets, though human, spoke from God as they were carried along by the Holy Spirit.” (2 Peter 1:21)

Bible, Authority of: The best evidence the Bible’s being the Word of God is found between its covers. (CH)

Bible, Unity of: The doctrines of the Bible are not isolated but interlaced; and the view of one doctrine must necessarily affect the view taken of another. (AAH)

Christ, Divinity and Humanity of: The Son of God did not unite Himself with a human person, but with a human nature. (CH) “The Word became flesh and made His dwelling among us. We have seen His glory, the glory of the one and only Son, who came from the Father, full of grace and truth.” (John 1:14)

Christ, Uniqueness of: There is more power to sanctify, elevate, strengthen, and cheer in Jesus (His name means the Lord is Savior) than in all the utterances of humanity since the world began. (CH) “Come to me, all who are weary and burdened, and I will give you rest. Take my yoke upon you and learn from me, for I am gentle and humble in heart, and you will find rest for your souls. For my yoke is easy and my burden is light.” (Matt 11:28-30)

Christian: A Christian is one who seeks and enjoys the grace of the Lord Jesus, the love of God, and the communion (fellowship) of the Holy Spirit….A person is a Christian only if they are living for Christ. (CH) “Whoever wants to be my disciple must deny themselves and take up their cross and follow me. For whoever wants to save their life will lose it, but whoever loses their life for me will find it. What good will it be for someone to gain the whole world, yet forfeit their soul? Or what can anyone give in exchange for their soul?” (Matt 16:24-26)

Christianity, Uniqueness of: You won’t get rid of your difficulties by putting away Christianity, because they will come up under philosophy. (AAH)

Conversion: Regeneration (the Holy Spirit’s new birth) is a single act, complete in itself, and never repeated; conversion, as the beginning of holy living, is the commencement of a series, constant, endless and progressive. (AAH)

Criticism of Others: No person can be severe in their judgement of others if they remember that the merciful eyes of Christ are fixed upon us. (CH) “Do not judge, or you too will be judged. For in the same way you judge others, you will be judged, and with the measure you use, it will be measured to you. Why do you look at the speck of sawdust in your brother’s eye and pay no attention to the plank in your own eye? How can you say to your brother, ‘Let me take the speck out of your eye,’ when all the time there is a plank in your own eye? You hypocrite, first take the plank out of your own eye, and then you will see clearly to remove the speck from your brother’s eye.” (Matt 7:1-5)

Depravity (moral corruption, wickedness): The rejection of Jesus’ gospel is as clear proof of moral depravity as inability to see the sun at noon is proof of blindness. (CH)

Doctrine (Christian teaching): The doctrines of the Bible are not isolated but interlaced; and the view of one doctrine must necessarily affect the view taken of another. (AAH)

Election and Holiness (predestination and holy living): Holiness is the only evidence of election….The doctrines of grace humble a person without degrading them and exalt a person without inflating them. (CH) “Those God foreknew He also predestined to be conformed to the image of His Son, that (Jesus) might be the firstborn among many brothers and sisters.” (Rom 8:29)

Faith and Deeds: Faith must have adequate evidence, else it is mere superstition. (AAH) “For it is by grace you have been saved, through faith– and this is not from yourselves, it is the gift of God–not by works, so that no one can boast. For we are God’s handiwork, created in Christ Jesus to do good works, which God prepared in advance for us to do.” (Eph 2:8-10)

Faith, Essence of: There is no merit in believing. It is only the act of receiving God’s offered favor. (CH) “When the Gentiles heard, they were glad and honored the word of the Lord; and all who were appointed for eternal life believed.” (Acts 13:48)

Giving: Unless we feel it is an honor and a joy to give, God does not accept the offering. (CH) “Each of you should give what you have decided in your heart to give, not reluctantly or under compulsion, for God loves a cheerful giver.” (2 Cor 9:7)

God, Sovereignty of: To admit God’s universal providence and deny His special providence is nonsense. You might as well talk of a chain without any links. (AAH) “Are not two sparrows sold for a penny? Yet not one of them will fall to the ground outside your Father’s care. And even the very hairs of your head are all numbered. So don’t be afraid; you are worth more than many sparrows.” (Matt 10:29-31)

Godliness: We are transformed into the image of the Lord by beholding Him, not by reflecting Him. (CH) “And we all, who with unveiled faces contemplate the Lord’s glory, are being transformed into (Jesus’) image with ever-increasing glory, which comes from the Lord, who is the Spirit.” (2 Cor 3:18)

Gospel (God’s teaching and revelation of Jesus Christ): The rejection of Jesus is as clear proof of moral depravity as inability to see the sun at noon is proof of blindness. (CH)

Grace and Salvation: Nothing is sure for sinners that is not gratuitous (freely given by God). Unless we are saved by grace, we cannot be saved at all. (CH)

Most quotations from The Complete Gathered Gold (2006) by John Blanchard, Evangelical Press