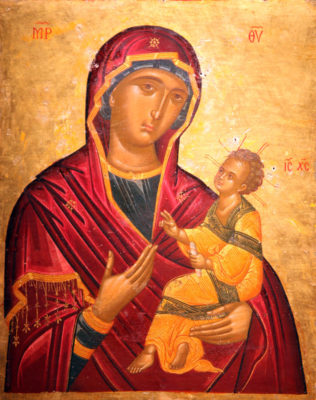 Salvation comes from the LORD. (Jonah 2:9)

Here are some Scriptures and quotations on Jesus’ incarnation:

John 1:1-11: In the beginning was the Word, and the Word was with God, and the Word was God. He was with God in the beginning. Through Him all things were made; without Him nothing was made that has been made. In Him was life, and that life was the light of all mankind….The true light that gives light to everyone was coming into the world. He was in the world, and though the world was made through Him, the world did not recognize Him. He came to that which was His own, but His own did not receive Him.

Christmas is not about the living God coming to tell us everything’s all right. John’s Gospel isn’t about Jesus speaking the truth and everyone saying: “Of course! Why didn’t we realize it before?” It is about God shining His clear, bright torch into the darkness of our world, our lives, our hearts, our imaginations—and the darkness not comprehending it. It’s about God, God coming as a little child, speaking words of truth, and nobody knowing what He’s talking about. (N. T. Wright)

Job 9:33-34; 1 Tim 2:5-6: If only there were someone to mediate between us, to bring us together, to remove God’s rod from me, so that His terror would frighten me no more….There is one God and one mediator between God and mankind, the man Christ Jesus, who gave Himself as a ransom for all kinds of people.

Luke 2:7; 2 Corinthians 8:9; Galatians 4:4-5: Mary gave birth to her firstborn, a son. She wrapped Him in cloths and placed Him in a manger, because there was no guest room available for them….For you know the grace of our Lord Jesus Christ, that though He was rich, yet for your sake He became poor, so that you through His poverty might become rich….But when the set time had fully come, God sent His Son, born of a woman, born under the law, to redeem those under the law, that we might receive adoption to sonship.

The Lord of all comes as a slave amidst poverty. The hunter has no wish to startle His prey. Choosing an unknown village in a remote province, Christ is born of a poor maiden and accepts all that poverty implies, for He hopes by stealth to ensnare and save us. If He was born to high rank and amidst luxury, unbelievers would say the world had been transformed by wealth. If His birthplace was Rome, they would think transformation came by civil power. If He had been the son of an emperor, they would say: “How useful it is to be powerful!” If He was the son of a senator: “Look what can be accomplished by legislation!” But He chose surroundings poor and simple, ordinary and unnoticed, so that people would know it was the Godhead (Father, Son, and Holy Spirit) alone who changed the world. This was His reason for choosing His mother from among the poor of a very poor country, and for becoming poor Himself. (Theodotus of Ancyra, died 303 AD)

Despite our efforts to keep Him out, God intrudes. The life of Jesus is bracketed by two impossibilities: a virgin’s womb and an empty tomb. Jesus entered our world through a door marked “No Entrance” and left through a door marked “No Exit.” (Peter Larson) The virgin birth has never been a major stumbling block in my struggle with Christianity. It’s far less mind boggling than the Power of all Creation stooping so low as to become one of us. (Madeleine L’Engle)

There are many reasons God saves you, Christian: to bring glory to Himself, to appease His justice, to demonstrate His sovereignty. But one of the sweetest reasons God saved you is because He is fond of you. He likes having you around. If God had a refrigerator, your picture would be on it. If he had a wallet, your photo would be in it. He sends you flowers every spring and a sunrise every morning. Whenever you want to talk, He’ll listen. He can live anywhere in the universe, and He chose to live in you by His Holy Spirit. And the Christmas gift He sent you in Bethlehem? Face it, Christian friend. God is crazy about you! (Max Lucado)