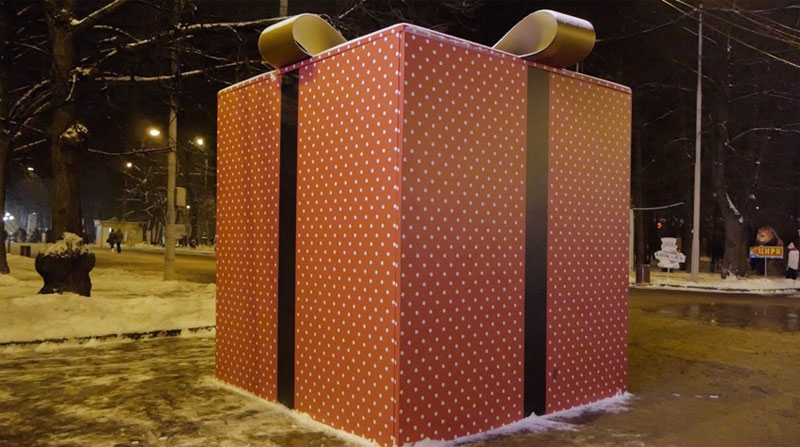 William “Billy” Martin Joel is an American singer-songwriter and pianist. He was born in the Bronx, New York, and raised on Long Island. He is the sixth best-selling recording artist in the United States and one of my favorites.

On his daughter Alexa’s 12th birthday, she was in New York City, and Billy was in Los Angeles. He phoned her, apologizing for his absence, but Billy told her to expect a large package delivered later that day. Alexa answered the doorbell to find a seven-foot-tall, brightly wrapped box. She tore it open and out stepped her dad, just off the plane from the West Coast. Can you imagine her surprise? God’s greatest gift to us, Jesus His Son, came in the flesh too! Christ came to be with us forever!

When the set time had fully come, God sent His Son, born of a woman, born under the law, to redeem those under the law, that we might receive adoption to sonship….
Beyond all question, the mystery…is great: He (Jesus Christ) appeared in the flesh, was vindicated by the Spirit, was seen by angels, was preached among the nations, was believed on in the world, was taken up in glory. (Gal 4:4-5; 1 Tim 3:16)

The angel said to her, “Do not be afraid, Mary; you have found favor with God. You will conceive and give birth to a son, and you are to call Him Jesus. He will be great and will be called the Son of the Most High. The Lord God will give Him the throne of His father David, and He will reign over Jacob’s descendants forever; His kingdom will never end.” “How will this be,” Mary asked the angel, “since I am a virgin?” The angel answered, “The Holy Spirit will come on you, and the power of the Most High will overshadow you. So the holy one to be born will be called the Son of God. (Luke 1:30-35)

May the Lord’s joy and peace bless you this Christmas and forever!

Blogs posted since our last update: