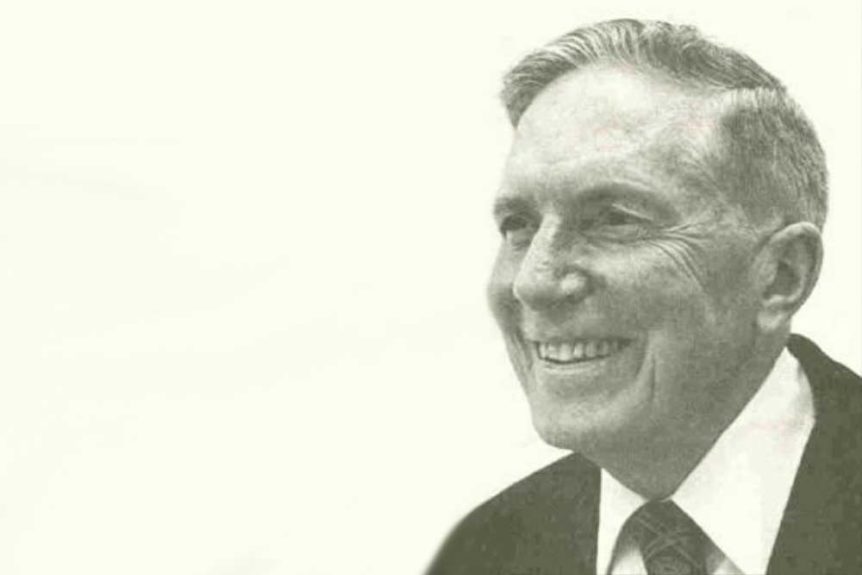 Dr. John H. Skilton (1906-1998) was my professor and friend in Philadelphia, PA and I remembered him again recently with gratefulness to the Lord. Moisés Silva wrote in appreciation: “Few and far between are those who combine, as Skilton has, an unshakable and fearless commitment to orthodox Christianity in its Reformed expression alongside a most gentle and patient spirit.” I mention Skilton often in ministry and now write up some remembrances of him.

Others who knew Dr. Skilton better have written more comprehensive testimonies, so I speak only of my first hand dealings with him. He asked me to call him “John,” but I was never comfortable with that for this “father in the faith.” I met him in September 1979, as I began studies at Westminster Theological Seminary. From then onward God used Skilton to help me, a theological tadpole, to grow in the grace and knowledge of our Lord and Savior Jesus Christ.

The usual professor for New Testament Introduction was on sabbatical so we had Dr. Skliton. What a treat! He had formally retired in 1973, but was teaching part-time. He opened the first class by reciting from memory the Prologue to John’s Gospel in Greek, then explaining that precious Scripture. He wasn’t showing off, but clearly loved the Lord of the Bible, so he loved the Bible. The inerrancy debate was raging then, and Westminster’s stand on “The Infallible Word” was crucial to my choosing the school. But for Skilton, this was no mere academic issue. Again, he loved and revered the Scriptures intensely, because he loved and revered the Lord intensely! And he taught us to do the same. Skilton adored the written word, because he adored Jesus Christ, the Living Word, so much. Years later at an Orthodox Presbyterian church in Philadelphia, Dr. Skilton often sat in the front row and drank in bit of God’s word with delight, as if it were his first time hearing it. Knowledge didn’t puff him up. It made him more Christ-like. The Bible was sweet to his taste, sweeter than honey to his mouth!

During that first year at Westminster, Dr. Skilton joined our Evangelism class (taught by Jack Miller) for street preaching at the corner of Broad and Olney in Philadelphia. Everyone in class did some speaking. When my turn came I stammered badly, trying to recall a sermon I’d preached recently in church, but failing to connect with people in this different setting. Skilton, wisely and graciously, stepped in to “pinch hit.” From his open Bible, he spoke easily of the Redeemer he knew and loved so well. Many people stopped on that busy corner to listen. Most were African-Americans, but Skilton’s love for the Savior and people was winsome and crossed ethnic divisions In every way, he made the teaching about God our Savior attractive.

After retirement from Westminster, Dr. Skilton served as minister-in-residence at Skilton House Ministries (“SHM”), a teaching, literature distribution, outreach, and diaconal ministry. This was his boyhood home, dedicated to Christ’s service in memory of his parents. SHM is set in a racially mixed neighborhood in North Philadelphia, and became a hub for inner city ministry. Instead of “white flight,” Skilton took delight in God’s “bringing the nations to us.” He seized on opportunities to reach his changing neighborhood with the unchanging gospel of our unchanging Lord. Skilton arranged sponsors for “boat people” immigrating from Vietnam, Cambodia, and Laos. He helped them settle in Philadelphia and reached out to them in word and deed with Jesus’ good news. Even after Skilton’s death and homegoing to Christ, the labors of love he began continue on at SHM now.

People told me of Dr. Skilton giving up his own bed for needy visitors. When I came to Skilton House one time, hundreds of pounds of potatoes flooded his screened-in porch, awaiting distribution to hungry people. For years he helped organize “Operation Brotherhood” to unite branches of Christ’s Church in mercy ministry in the Savior’s name. In addition to packing and parceling out Thanksgiving Season food baskets, we met many evangelical brothers and sisters, from a wide diversity of nations, tribes, peoples, and tongues. Most seemed to know John Skilton personally! This helped shape me for ministry to international people in Greater Houston, the most ethnically diverse large city in the USA (37 percent Anglo, 37 percent Hispanic, 17 percent black, and 9 percent Asian).

Dr. Skilton urged students to gain practical experience in communicating God’s word alongside our studies, not waiting till we were done. He organized students to lead worship services at nursing homes and encouraged us to stay afterward to visit with residents and go to the rooms of people who were not well enough to attend the service. He taught us to care for widows and widowers because the Lord does and mentions them many times in the Bible.

Dr. Skilton taught at the Reformed Bible Institute of the Delaware Valley, trained inner city gospel workers at Manna Bible Institute, and worked with the OPC chapel in Ocean City, New Jersey. One time at Ocean City, a young man told me how supportive and sympathetic Skilton was to him over the years, strengthening the boy’s relationship with Christ and bolstering the boy’s positive attitude toward studies and athletics. He said, “Dr. Skilton is the most encouraging man I’ve ever met!” Surely John was like Joseph from Cyprus in the New Testament, nicknamed Barnabas, meaning “Son of Encouragement.” The Lord refreshed Skilton’s heart and made him a messenger of God’s refreshment to others.

Dr. Skilton preached often at the church I pastored in Lower Bucks County. One Lord’s Day, John preached on the topic “A Pulpit for Every Christian.” Again he was cheering us on to practice the priesthood of all believers, not leaving it to the clergy, going everywhere announcing the message of God’s good news in Jesus, in every setting God provided. He urged us to become all things to all people so that by all possible means the Lord might use us to save some.

My daughters remember vividly how Dr. Skilton returned from a ministry trip to South Korea and brought them Korean dolls. What a loving and thoughtful man! He had dinner with us after preaching and then read them Bible stories. He was visibly tired and the sunshine streaming through our bay window made him feel like napping, but he selflessly read with excitement and enthusiasm every Bible story that they brought to him. He was being like Christ in Luke 18:15-17. People carried babies to Jesus for Him to bless them. The foolish disciples rebuked the parents. But Christ said, “Let the little children come to me, and do not hinder them, for the kingdom of God belongs to such as these.” Skilton loved Jesus the Good Shepherd, so he also loved, fed, and cared for Jesus’ lambs and sheep.

Ephesians 4 says the ascended Christ gave gifts to His church in the form of gifted men. I speak for many when I give thanks to our Savior for His gift to us of Dr. John Skilton. He was marked by sound doctrine and deep and sincere love for the Lord and for our neighbors. His favorite Scripture verse was Psalm 27:1, “The Lord is my light and my salvation; whom shall I fear? The Lord is the strength of my life; of whom shall I be afraid?” Skilton let Jesus’ light shine through him, so that we could see John’s good deeds and glorify our Father in heaven.