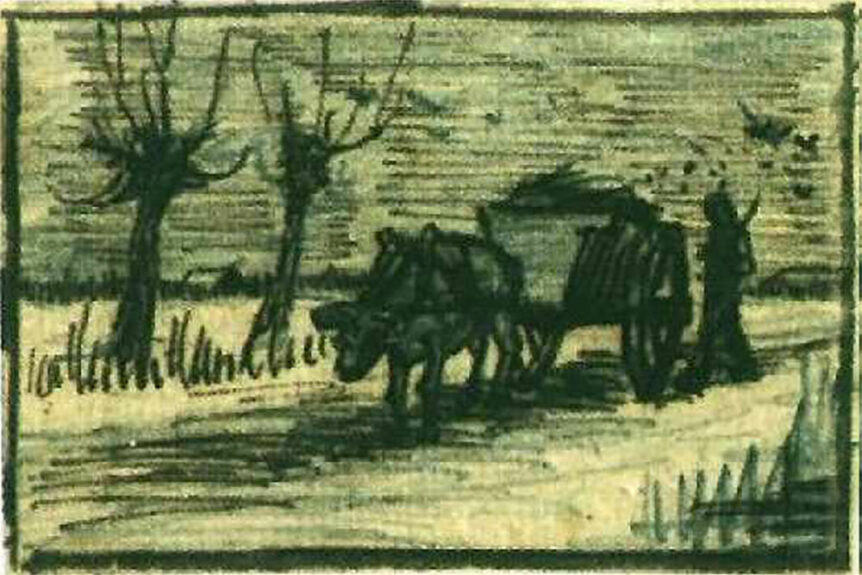 The Lord has established His throne in Heaven; His kingdom extends over everything….Your hand will guide me, and your strength will support me. (Psalm 103:19, 139:10)

Imagine 1945 in Japan and a man named Masaru who farmed a small piece of land with his elderly father, Isamu. Several times a year they loaded up their old ox-drawn cart with vegetables and went into the nearest city to sell their produce. The father and son had very different personalities. The older man believed in taking it easy, trusting God and doing good. The boy was always in a hurry, a go-getter type.

Early one morning they hitched up the ox to the loaded cart and started on the long journey. The son wanted to walk fast, going all day and night, to make it to market by early the next morning. So he kept prodding the ox with a stick, urging the beast to go faster. The old man said, “Take it easy, son. You’ll last longer.” Masaru argued, “But if we get to market ahead of others we’ll get better prices.”

Four hours and four miles down the road they came to Isamu’s brother’s little house. He smiled and said, “Let’s stop in and say hello.” His son complained, “But we’ve lost time already.” The father replied, “Then a few more minutes won’t matter. I seldom see my brother.” The boy fidgeted and fumed while the two old men laughed and talked away for an hour.

Once they were on the move again, the father took his turn leading the ox. As they approached a fork in the road, he led the ox to the right. Masaru said, “The left is the shorter way.” Isamu answered, “I know it but this way is much prettier.” The son shouted, “Have you no respect for time?” The dad answered, “Oh, I respect it very much! That’s why I like to use it to look at beauty and enjoy each moment to the fullest.” The winding path led through graceful meadows, wildflowers, and along a rippling stream. The young man missed all this as he churned within, boiling with anxiety. He didn’t even notice the wonderful sunset that day. At twilight they approached a huge, colorful garden. The old man breathed in the aroma, listened to the babbling brook, and pulled the ox to a halt. He suggested, “Let’s sleep here.” Masaru snapped back, “This is the last trip I am making with you. You’re more interested in watching sunsets and smelling flowers than making money!” Isamu smiled and answered, “Why that’s the nicest thing you’ve said to me in a long time.”

In a few minutes, the dad was snoring, while his boy glared back at the stars. The night dragged on slowly for the restless son. Before sunrise, the young man shook his father awake. They hitched up and moved on. About a mile down the road they met another farmer, a total stranger, trying to pull his cart out of a ditch. Isamu whispered, “Let’s give him a hand.” The son exploded, “What? And lose more time?” The father said, “Relax son. You might be in a ditch sometime yourself. We need to help others in need. Don’t forget that.”

Masaru looked away in anger. It was near 8:00 AM by the time they were traveling again. Suddenly, a great flash split the sky. What sounded like thunder followed. Beyond the hills, the sky grew dark. The old man said, “Looks like a big rain in the city.” The son grumbled, “If we had hurried, we’d be sold out by now.” The kind old gentleman counseled, “Take it easy. You’ll last longer and you’ll enjoy life so much more.”

It was late afternoon by the time they got to the hill overlooking the city. They stopped and stared down at it for a long, long time. Neither of them said a word. Finally, the young man put his hand on his father’s shoulder and said, “I see what you mean, Dad.” They turned their cart around and began to roll slowly away from what had once been the city of Hiroshima. The date was August 6, 1945.1

Wisdom from the Bible

James 4:13-16 says: “Now listen, you who say, ‘Today or tomorrow we will go to this or that city, spend a year there, carry on business and make money.’ Why, you do not even know what will happen tomorrow. What is your life? You are a mist that appears for a little while and then vanishes. Instead, you ought to say, ‘If it is the Lord’s will, we will live and do this or that.’ As it is, you boast in your arrogant schemes. All such boasting is evil.”

The Lord expects us to make plans and not live in a haphazard way. But our plans are often frustrated when things go wrong, as we see it, and don’t work out as we scheduled them. We get aggravated and disappointed. God’s kingship may not be the first thing we think about when we make plans or when our plans are interrupted by things outside our control.

James writes, “You ought to say, ‘If it is the Lord’s will, we will live and do this or that.” Dave Vander Meer writes that these are powerful words and all of life hangs on them.2 We must not be arrogant and think or act like we are independent of God for a minute. The Apostle Paul says in Acts:

The Lord Himself gives everyone life and breath and everything else. From one man He made all the nations, that they should inhabit the whole earth; and He marked out their appointed times in history and the boundaries of their lands. God did this so that they would seek Him and perhaps reach out for Him and find Him, though He is not far from any one of us. “For in Him we live and move and have our being.” As some of your own poets have said, “We are His offspring.”3

Simon Kistemaker writes, “God is sovereign in all our lives. In all our planning, deeds, and accomplishments we must acknowledge our submission to the Lord….Instead of ignoring God in our daily activities, we ought to place Him first.”4 Jesus says, “Seek first the Lord’s kingdom and His righteousness, and all these things (you need for life) will be given to you as well.”5

In the oxcart story above, Masaru’s plans were frustrated, but the Lord spared his and his father’s lives. I wonder how many times the Lord has done that for us. Many times! Proverbs says, “In their hearts humans plan their course, but the Lord establishes their steps….Many are the plans in a person’s heart, but it is the Lord’s purpose that prevails.”6