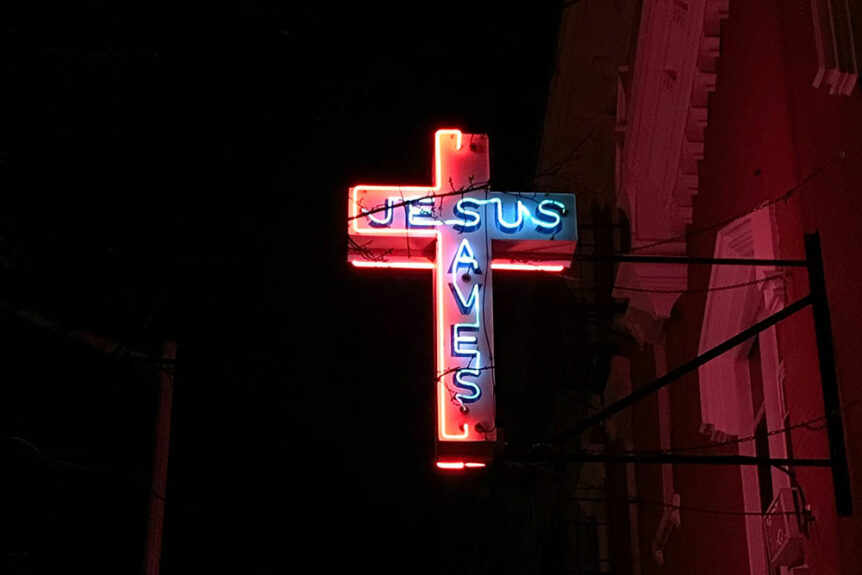 We were therefore buried with Jesus through baptism into death in order that, just as Christ was raised from the dead through the glory of the Father, we too may live a new life. (Romans 6:4)

Eden Chen was a teenage shoplifter and competitive gamer. When God (Father, Son, and Holy Spirit) brought him to faith in Christ, Eden found meaning, value, purpose, and a whole new life in his connection to Jesus.1 Eden grew up near Washington, DC and his parents raised him in church. But in his teens he stopped worshiping the Lord. Eden was obsessed with four things: video games, sports, material things, and chasing women. Soon he began shoplifting regularly, competing with friends to see who could steal the most.

Eden never doubted God as Creator of the world, who was wise and powerful. But he feared that the righteous Lord of the Bible would interrupt his pursuit of pleasure and doing as he pleased. Later he met inner-city missionaries in a rough part of Nashville, Tennessee, and was surprised that they were the most joyful people he had ever met. He began seeking God, researching Buddhism, Hinduism, Islam, Judaism, and Christianity. He found C. S. Lewis’ Mere Christianity, to be the most logical. All of a sudden, it struck him that running away from Christ was harder than running toward Him. Jesus’ gospel offered the most compelling answers to life’s most important questions: Where does all of the good in the world come from? Where does all the evil come from? How do I deal with personal guilt over the way I have lived my life? How can I be happy?

In Ezekiel, God says: I will sprinkle clean water on you, and you will be clean. I will cleanse you from all your impurities and from all your idols. I will give you a new heart and put a new spirit in you. I will remove your heart of stone and give you a heart of flesh. And I will put my Spirit in you and move you to follow my decrees and be careful to keep my laws.2

Eden came to understand God’s fascinating solution. God makes us righteous, not because of anything we are or have or do, but because of what Jesus did in His sinless life, His atoning death, and His mighty resurrection. In Christ, God is able to punish sin without condemning us.

In the Four Gospels of the New Testament, Christ healed a paralyzed man, Peter’s mother-in-law, and a woman with severe bleeding. He calmed the storm, fed more than 5,000 people one time, more than 4,000 another time, and turned water into wine. He raised Jairus’ daughter, the widow’s son, and Lazarus. The Lord did these and many more miracles to demonstrate that He is the Son of God, fully God and fully human in one person. And Jesus calls people to trust Him for salvation and new life. It is also a miracle of God’s grace when He turns His former enemies into His sons and daughters.3 The Lord not only forgives us, He changes our hearts and turns us to obedience by His Spirit.

The contrasts below describe what happens in Jesus’ miracle of conversion. I number items for ease of discussion. Surely you can think of more.

A transformed life is the greatest of all miracles. Every time a person is born again by the Holy Spirit and repents of their sin and trusts in Jesus Christ, the miracle of regeneration is performed. (Billy Graham)