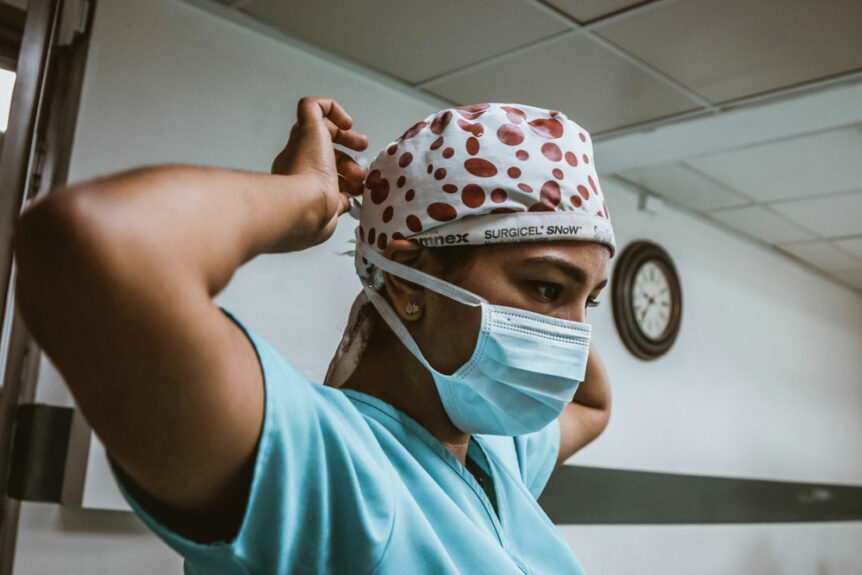 In Matthew 28, Jesus had already been raised from the dead. But the women did not know that yet and came to His gravesite. The angel said, “Do not be afraid, for I know that you are looking for Jesus, who was crucified. He is not here; He has risen, just as He said. Come and see the place where He lay.” (Matt 28:5)

Remember, the stone was rolled away from the door, not to let Christ out, but to let the disciples go in to see that His tomb was vacated. Jesus was raised, from the dead just as He promised.

Tim Keller: If Jesus rose from the dead, then you have to accept all that He taught. If He didn’t rise from the dead, then why worry about what He said? The issue on which everything hangs is not whether or not you like Christ’s teaching, but whether or not He rose from the dead. Jesus truly was buried and raised from the dead on the third day just as the Scriptures foretold. Then He was seen by the women, and by Peter, John, and James. Then by the Twelve and by others on different occasions. Then by more than 500 eyewitnesses at one time. See 1 Corinthians 15:1-8.

Hank Hanegraaff: What happened after Jesus’ resurrection is unprecedented in human history. In the span of a few hundred years, a small band of seemingly insignificant believers succeeded in turning the Roman Empire upside down, which was really rightside up. They faced the persecutor’s sword, burning at the stake, and their own crucifixions. Why? Because they were totally convinced that they, like Christ their Master, would one day rise from the grave in glorified, resurrected bodies like Jesus’.

See also—Perpetua: Hero of Faith in the Strong Savior

What has God accomplished in raising Jesus from the dead? Here is another one of Scripture’s answers.

Because of Christ’s Resurrection, We Are Born Again to a Living Hope.

1 Peter 1:3-9 Praise be to the God and Father of our Lord Jesus! In His great mercy He has given us new birth into a living hope through the resurrection of Christ from the dead, and into an inheritance that can never perish, spoil or fade, kept in heaven for you, who through faith are shielded by God’s power until the coming of the salvation that is ready to be revealed in the last time. In this you greatly rejoice, though now for a little while you may have had to suffer grief in all kinds of trials. These have come so that your faith, of greater worth than gold, which perishes even though refined by fire, may be proved genuine and may result in praise, glory and honor when Jesus is revealed. Though you have not seen Him, you love Him; and even though you do not see Him now, you believe in Him and are filled with an inexpressible and glorious joy, for you are receiving the goal of your faith, the salvation of your souls.

Comment: God the Holy Spirit changed this imperfect man Peter. And the Spirit can do the same for us and in us. In the Four Gospels, Peter was reckless, impetuous, and unstable. He urged Jesus to avoid the cross, abandoned Christ when the Lord was arrested, and denied with an oath that he even knew Jesus, who he’d been following for three years. Now when Peter writes his two letters in the New Testament, he hardly seems recognizable as the same person. Now by God’s grace, Peter courageously welcomes suffering as a badge of honor, as proof of his commitment to follow Christ, regardless of the cost. Peter wrote when the Emperor Nero was persecuting Christians. Believers were shipped to Rome for imprisonment and execution because of their allegiance to Jesus. Peter never says that suffering is good, but he reminds us that God can use bad things for good, to purify our faith like a furnace refines impure but precious gold and silver.1

The Lord can use hardship the same way in our lives, to reveal and refine our faith. God can use suffering to shift our attention away from the rewards of this world (fun, comfort, wealth, status, power) to more permanent, imperishable rewards with Christ in the life to come. When Christians hang on to the Lord in hard times, because He hangs on to us, unbelievers often see that the source of our faith is God Himself. Peter wrote:

Be careful to live properly among your unbelieving neighbors. Then even if they accuse you of doing wrong, they will see your honorable behavior, and they will give honor to God when He judges the world.2

Pastor Richard Baxter (1615–1691) said that weakness and pain helped him to get ready to die, because the end of his life was nearing. This self-analysis and correction also helped him to re-align his priorities and taught him how to live for Christ every day, until the Lord took Him home.

Think on these things, beloved, and live in the righteousness, peace, and joy of the Holy Spirit!