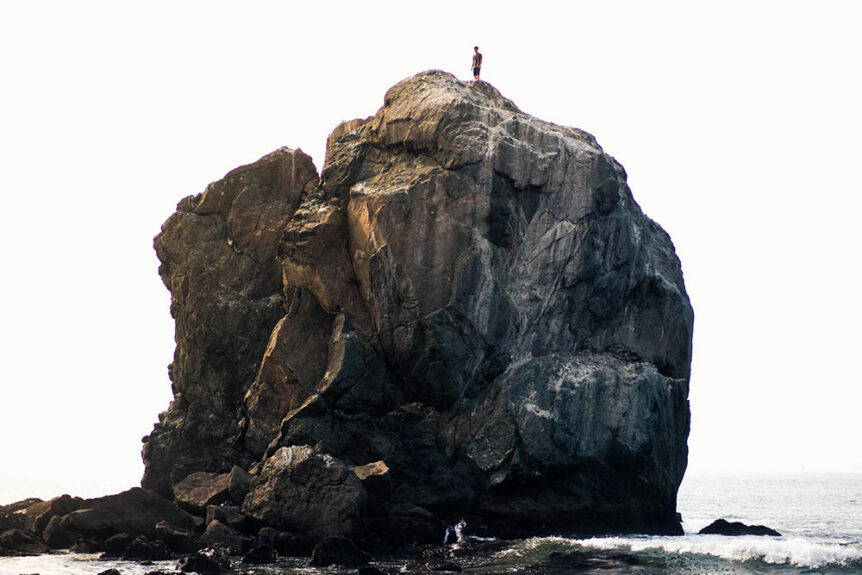 As you come to Christ, the living Stone—rejected by humans but chosen by God and precious to Him—you also, like living stones, are being built into a spiritual house to be a holy priesthood, offering spiritual sacrifices acceptable to God through Jesus Christ….He is a chosen and precious cornerstone, and the one who trusts in Him will never be put to shame. Now to you who believe, this stone (Jesus) is precious….The stone the builders rejected has become the cornerstone. (1 Peter 2:4-7)

Hymnwriter Edward Mote (1797-1874) is not well known. He was not raised in a Christian home and was not taught the Scriptures. His parents were poor and managed a pub in London and young Edward spent most of his Sundays playing in the streets. He wrote, “I was so ignorant that I did not know that there was a God.” The school he attended did not allow the Bible to be taught. The Lord opened Mote’s heart to respond to Jesus’ good news when he was 18 and he served Christ as a cabinetmaker for the next 37 years. At the age of 55, he became pastor of a Baptist church where he served for 21 years.

Mote wrote these lyrics as a poem during his career as a cabinetmaker. In 1834, he was walking to work and thought about writing a hymn. By the time he got to work, he had the chorus. He wrote four more stanzas that same day, and two more stanzas later on. The four-stanza version contained below is best known. Mote’s various titles for the poem were “The Gracious Experience of a Christian” and “The Immutable Basis of a Sinner’s Hope.” He used his song to encourage a dying woman, Mrs. King, who he visited. He read a Scripture portion and led in prayer for her. But they did not have a hymnbook in the house, so Mote took out these lyrics from his pocket and they sang them together.

This hymn can’t be criticized for being too sentimental or subjective. It says that our assurance of salvation rests on Jesus’ blood and righteousness and God’s unchanging grace and covenant. John Blanchard says: “Life with Christ is an endless hope; life without Christ is a hopeless end.” The chorus alludes to Jesus’ parable of “The Wise and Foolish Builders” in Matthew 7 and says:

On Christ, the solid Rock, I stand;
All other ground is sinking sand.

Here are the four stanzas with some related Scriptures:

My hope is built on nothing less Than Jesus’ blood and righteousness;
I dare not trust the sweetest frame, But wholly lean on Jesus’ name.

Scriptures: Isaiah 40:31 Those who hope in the Lord will renew their strength. They will soar on wings like eagles; they will run and not grow weary, they will walk and not be faint. Rom 5:6-9 At just the right time, when we were still powerless, Christ died for the ungodly….God demonstrates His own love for us in this: While we were still sinners, Christ died for us. Since we have now been justified by His blood, how much more shall we be saved from God’s wrath through Him!

Comments: Jesus not only paid the penalty for His people’s sins (our breaking God’s law) on the cross, He also obeyed all of God’s commandments during His life in our place so that we are counted as righteous in God’s sight. We lean and trust alone on what Christ done for us, not what we think, say, or do. That’s very good news!

When darkness veils His lovely face, I rest on His unchanging grace;
In every rough and stormy gale, my anchor holds within the veil.

Scriptures: Eph 2:8-9 For it is by grace you have been saved, through faith—and this is not from yourselves, it is the gift of God—not by works, so that no one can boast. Heb 6:19-20 We have this hope as an anchor for the soul, firm and secure. It enters the inner sanctuary behind the curtain, where our forerunner, Jesus, has entered on our behalf.

Comments: True Christians may feel insecure in dark and dangerous times. Our feelings are fickle and unstable, so we must look up to what Christ has done, what He is doing for us, and what He will complete at His return.

His oath, His covenant, His blood support me in the whelming flood;
When all around my soul gives way, He then is all my hope and stay.

Scriptures: Matt 26:28 This is my blood of the covenant, which is poured out for many for the forgiveness of sins. Heb 7:21 Christ became a priest with an oath when God said to Him: “The Lord has sworn and will not change His mind: ‘You are a priest forever.’” Because of this oath, Jesus has become the guarantor of a better covenant. Heb 13:5-6 Never will I leave you; never will I forsake you….The Lord is my helper; I will not be afraid. What can mere mortals do to me?

Comments: Every word of God is flawless and we can trust Him fully to do all He has promised to do for us. He didn’t need to swear an oath, but the Lord lovingly did that for our added assurance.

When He shall come with trumpet sound, O may I then in Him be found
Dressed in His righteousness alone, Faultless to stand before the throne.

Scriptures: 1 Cor 15:22,52 For as in Adam all die, so in Christ all will be made alive….In a flash, in the twinkling of an eye, at the last trumpet. For the trumpet will sound, the dead will be raised imperishable, and we will be changed. Phil 3:9-11 I want to be found in Christ, not having a righteousness of my own that comes from the law, but that which is through faith in Christ—the righteousness that comes from God on the basis of faith. I want to know Christ—yes, to know the power of His resurrection and participation in His sufferings, becoming like Him in His death, and so, attaining to the resurrection from the dead.

Comments: Jesus’ return for His followers is more certain than tomorrow’s sunrise. Christ has died! Christ is risen! Christ will come again for us! That certainty should impact and shape our daily behavior so that we are not ashamed at His return.

To Him who is able to keep you from stumbling and to present you before His glorious presence without fault and with great joy—to the only God our Savior be glory, majesty, power and authority, through Jesus Christ our Lord, before all ages, now and forevermore! Amen. (Jude 24-25)