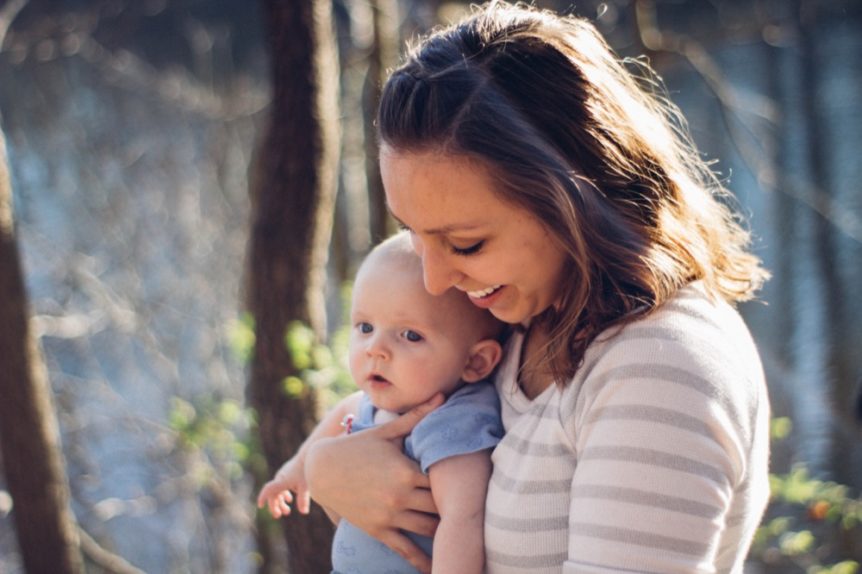 Zion said, The LORD has forsaken me, the Lord has forgotten me. Christ says: Can a mother forget the baby at her breast and have no compassion on the child she has borne? Though she may forget, I will not forget you! See, I have engraved you on the palms of my hands. (Isaiah 49:14-16)

Used in prison ministry and counseling. You can read Christ Will Not Forget You (Part 1).

Quick review from Part 1: Christ-centered Interpretation Is Best; Christ’s Faithfulness Is the Big Issue; Christ’s Followers Can Feel Forgotten; Christ Gives His Promises to Encourage Us.

Mother-Love is Strong, But Imperfect

In Isaiah’s words above, Jesus compares His love for His followers to mother love. Mother-love is often the strongest love among human beings. Our mom conceives us, carries us in her womb for nine months, gives birth to us, and usually stays around for years to nurse us and raise us. Her devotion can be unyielding, often continuing as long as she lives. She loved us before seeing us; she loves us despite all our mistakes; and she will she will always love us just because we are hers. Sophia Loren says, “A mother is never really alone in her thoughts. She always has to think twice, once for herself and once for her child.” James Joyce asserts, “Whatever else is unsure in this stinking dunghill of a world, a mother’s love is not.” Many mothers demonstrate unconditional and sacrificial love repeatedly.

Mothers often perform extreme and extraordinary rescues of their children. In Lawrenceville, GA, Angela Cavallo’s son was trapped under a Chevrolet. Angela lifted the car high enough and long enough for neighbors to rescue her son. In Quebec, Lydia Angiyou saved her children by fighting away a polar bear until someone shot it. In 2009, two English mothers, Donna McNamee and Abigail Sicolo, were dubbed ‘Superwomen’ after saving a boy’s life by lifting a car off his body. It’s called “hysterical strength,” way beyond the norm, occurring when others are in life threatening situations.

Sometimes mothers have had hard, heartbreaking lives themselves. Sometimes they are abused and misused so badly that their God-given motherly instinct is damaged. That’s sad for her and her children. Several studies show that children are more likely to be harmed by their biological mother than their father, but thank God many moms demonstrate sacrificial love wonderfully.

For the Lord will not reject His people; He will never forsake His inheritance. (Psalm 94:14)

Christ’s Love is Stronger and Perfect

Mothers don’t usually forget their children, but Jesus says Isaiah 49:16: Even though she may forget, I will not forget you! It reminds us of Psalm 27:10—Even if your father and mother forsake you, I will receive you. The Hebrew verb here is asap. It means the Lord gathers His followers in, brings us to Himself, adopts us as His children. He welcomes and comforts us. He accepts us, cares for us, and holds us close. One missionary paraphrases Psalm 27:10 like this: My father and mother abandoned me. I’m like an orphan! But you took me in and made me yours.

By God’s act of free grace He adopts us, makes us His sons and daughters, and brings us into His forever family with all the rights and privileges of being His.1 Jesus says: Even if your parents and everybody else turn away from you and leave you, I will support you, care for you, protect you, and save you eternally.

Christ’s name is Immanuel which means God with us.2 He says: Never will I leave you; never will I forsake you. I am with you always, to the very end of the age.3 The Lord says: Nothing shall separate you from my love. Trouble, hardship, death, demons, and Satan cannot shut off Jesus’ love for us. He says: You can face the trials of life with certainty that you are not alone. I will fight for you and cause you to win. He says: Nothing in all creation, can separate you from my love.4

Those who know your name trust in you, for you, Lord, have never forsaken those who seek you. (Psalm 9:10)

An Illustration from the Vietnam War

Imagine a Vietnamese woman named Hanh who had an affair with an American soldier and got pregnant. The father goes back to the U.S., never knowing he fathered a child. Hanh’s baby girl, Linh, looks different from other Vietnamese children, with pink skin and blonde curly hair. In that culture, mixed race kids are hated. Some mothers kill their children to spare them the pain of rejection.

Hanh raises Linh the best she can, until the shunning is too severe, then she abandons Linh. Linh is mocked by people who call her alien devil in the Vietnamese language. Linh comes to hate herself and for two years survives by begging in the streets, until someone brings her to an orphanage.

One day, word spreads through the orphanage that an American couple is coming to adopt a younger boy. All the children get excited, because one is getting a home. Linh is now nine, one of the oldest, so she gets the job of cleaning up the boys. She scrubs them and combs their hair, wondering which one the Americans will take. Soon the couple arrives and Linh recalls that the husband has huge hands. He lifts up every baby and kisses them, tears running down his face and Linh believes that he loves every one, as if they are his flesh and blood children.

Linh says: Then the man sees me out of the corner of his eye. I was sickly and scrawny. I had lice in my hair, boils all over, full of scars, horrible to look at. But the man puts his huge hands around my face and jabbers away in English with a gigantic smile. The translator says–He wants you, Linh! He says you are the one for him.5 The story reminds us of Jesus the Son of God.

Christ says: Can a mother forget the baby at her breast and have no compassion on the child she has borne? Though she may forget, I will not forget you! See, I have engraved you on the palms of my hands. (Isaiah 49:15,16)

Remember, Christ backs up His words with His life-saving action. Go in peace, beloved. Walk with King Jesus today and be a blessing to others!