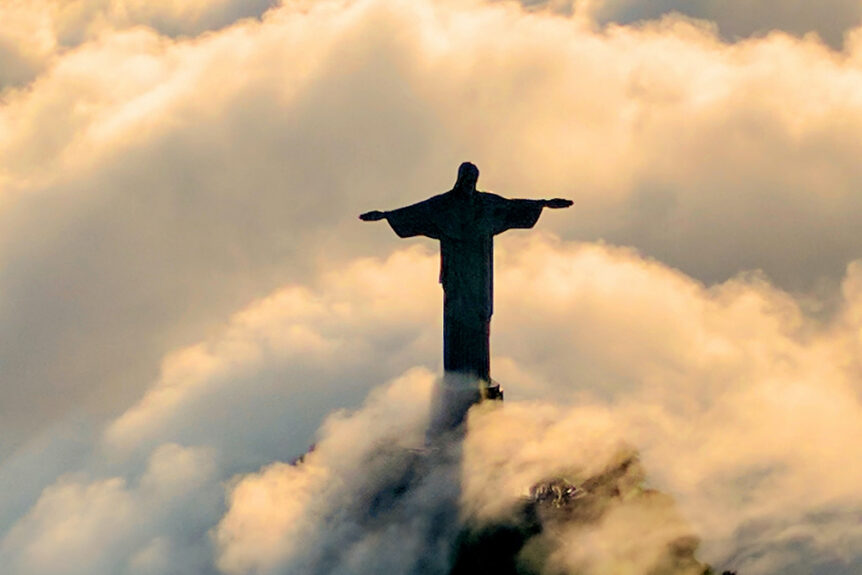 Churchill and the Bigger Bible Truth

Winston Churchill (1874–1965) was a British politician and sometimes called himself a believer in Jesus Christ. Churchill planned his own funeral and picked the hymns. But at the end of the service, Churchill planned something unusual. After the benediction, a bugler in St. Paul’s Cathedral played “Taps,” the universal signal that the day is over. Then another bugler played “Reveille,” the military wake-up call. What did that signify?

I don’t know what Churchill really believed. But when Jesus’ followers die down here on Earth and say “Good night,” that’s not God’s final word. For Christ’s followers, it’s “Good morning,” up in Heaven. The dying thief on the cross repented of his sins and prayed, “Jesus, remember me when you come into your kingdom.” And the Son of God answered, “Truly I tell you, today you will be with me in paradise.”1 Christ promised to and then did take this man all the way home to be with Him.

Jesus said, “I am the resurrection and the life. The one who believes in me will live, even though they die; and whoever lives by believing in me will never die. Do you believe this?”2 Then Christ rose out of the grave on the first Easter Sunday. Jesus proved that He is who He says He is. Christ is the Son of God, the ruler of all the kings of the world. And He can do anything He says He can. Jesus delivers on His promises. He gives His people everlasting life that starts here and now.

The Greek New Testament words for resurrection are “anastasis” and “anhistemi.” Literally these words mean “to stand up again.” In the Greek translation of the Old Testament these resurrection words are used for the Lord taking Enoch up into heaven and God’s resuscitation of the widow’s son back to life.3

But Christ’s resurrection is unique and central to the New Testament and to human history. The Lord Jesus kept on announcing in advance that He would be crucified and rise again from the dead.4 He declared that this is essential for His building of His Church both in His day and thereafter. In 1900, twice as many Christians lived in Europe than in the rest of the world combined. Today, both Latin America and Africa have more believers. By 2050, the number of Christians in Asia will also pass the number in Europe.5

The Lord was so certain that no one could permanently kill Him that He staked His reputation on His miraculous rising from the grave. Jesus claimed, “No one can take my life from me. I sacrifice it voluntarily. For I have the authority to lay it down when I want to and also to take it up again. For this is what my Father has commanded.”7 Then Christ accomplished it.

The historical record of Christ’s resurrection is well attested in all four Gospels, Acts, the Epistles, and Revelation. Jesus appeared alive to the disciples on many occasions over forty days. They spoke and ate with Him, touched Him, and learned from Him. The Lord was seen by over five hundred eyewitnesses at once, most who were still alive twenty years after. You could have interviewed them! Christ still lives in this glorified body in Heaven and He lives on forever, never to die again. When Jesus returns, everyone will see Him, and He will take our weak mortal bodies and change them into glorious bodies like His own, using the same power with which Christ will bring everything under His control.8

What a day that will be, When my Jesus I shall see,
And I look upon His face, The One who saved me by His grace;
When He takes me by the hand, And leads me through the Promised Land,
What a day, glorious day that will be.9

Death’s Sting is Gone for Believers

My friend Vic Williams (1925-2018) is now home with Christ in Heaven. He served in World War II in Her Majesty’s Royal Navy as a signalman. But imagine Vic walking in a park one day with his grandchildren when they were young. A bee buzzes around and the children are scared. Vic swats the bee, but the children are still afraid because the bee’s still buzzing. Vic says, “The bee is harmless now. It can’t hurt you now.” Then Vic shows them the little black stinger in his hand. He says, “I took away the sting by being stung for you.”

In a much bigger way Jesus Christ does that for us, beloved. The Bible says: Good news! Death has no sting! The grave has no victory! But thanks be to God, He gives us the victory through our Lord Jesus.10 Or to say it another way, when death stung Christ, it stung itself to death.

Jesus said: My Father’s will is that everyone who looks to the Son and believes in Him shall have eternal life, and I will raise them up at the last day. (John 6:40)