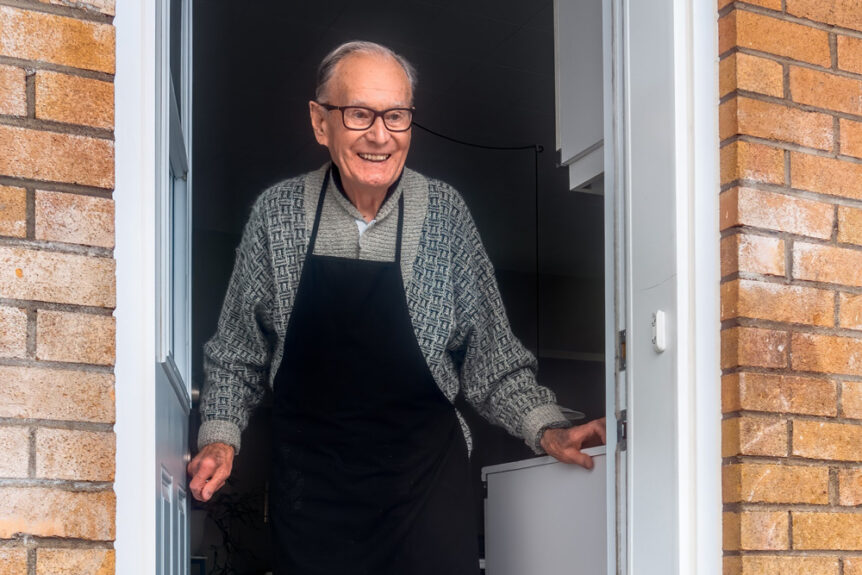 I will set out and go back to my father and say: Father, I have sinned against heaven and against you. I am no longer worthy to be called your son; make me like one of your hired servants. (Luke 15:18-19)

Steven Meigs Ford is the youngest son of former U.S. President Gerald Ford and First Lady Betty Ford. At Betty’s funeral, Steven said: “She was the one with the love and the comfort, and the first one there to put her arms around you. When I recovered from my alcoholism, my mother taught me how to surrender to God, and to accept God’s grace in my life. In her arms, I felt like the prodigal coming home, and I felt God’s love through her. That was the best gift.”1

Ford’s story reminds us of one of Jesus’ most famous stories in the Bible, called the Parable of the Prodigal Son. I want to review the story and draw some lessons. Many of my comments were helped by a sermon I heard by John Blanchard.2

According to Jewish law, the younger of two sons would inherit one-third of his father’s estate, when the father died. But this mutineering son demands his share now, while his dad is still living. What arrogance and disrespect!

The younger son leaves God’s Promised Land and goes to a far away country. Over time, he wastes all his inheritance on immoral and wild living. The region where he was living suffered severe famine, so he took a job feeding pigs. That was a disgusting job for a Jewish man.3 He was so hungry he would love to eat the pig’s food, but no one gave him anything. Adrian Rogers calls this “the high cost of low living.” Scripture calls it The Law of Sowing and Reaping:

The younger son never imagined that his glamorous dream would crash like this. “Sin will take you places you never intended to go, it will keep you there longer than you wanted to stay, and the cost will be more than you ever thought possible.”5

J. I. Packer said that sin is moral insanity or moral madness. That’s how the younger son had been living. But now he came to his senses and admitted his wrong. He began to think rightly; he was thinking biblically. Proverbs 28:13 says: “Whoever conceals their sins does not prosper, but the one who confesses and renounces them finds mercy.” The younger son now took the right action on his right thinking. He got up and went back to his father, planning to beg for mercy and help.

Now here comes the heart and the best part of the story.

The loving father (who represents God) runs out to meet his son and greets him with arms open wide. Our Lord is the Running God! I like to think the father was praying for and looking for his son every day and now his prayers were answered. The father did not scold his son, he was filled with compassion, threw his arms around him, and kissed him. The father put the best robe in the house on his returning son, put a ring on his finger (maybe with the family crest) and sandals on his feet. And the father called for a celebration feast. “For this son of mine was dead (spiritually) and is alive again. He was lost and is found.”

This parable and the earlier two parables in Luke 15:1-10, teach that God (the Father, Son, and Holy Spirit) deeply loves human beings made in His image. And He searches for and rescues people who have rejected Him, gone their own way, and wrecked their lives. That’s how great God is! It’s not mentioned here in Luke 15, but Christ teaches in John’s Gospel, “No one can come to me unless the Father who sent me draws them, and I will raise them up at the last day.”6 In Hosea, Christ says, “I led them with cords of kindness and with the bands of love.”7 God is seeking us, even when we are unaware of it. These parables demonstrate what the Lord said to Moses:

I am the God of compassion and mercy! I am slow to anger and filled with unfailing love and faithfulness. I lavish unfailing love to a thousand generations. I forgive iniquity, rebellion, and sin.8

The Lord welcomes repenting sinners with open arms and forgives them, so we can’t be narrower than our God. Can we? Christ commands Christians: “Let no debt remain outstanding, except the continuing debt to love one another, for whoever loves others has fulfilled the law….For the entire law is fulfilled in keeping this one command: “Love your neighbor as yourself.”9

Jesus commands us, “Accept the one whose faith is weak, without quarreling over disputable matters….Be merciful to those who doubt; save others by snatching them from the fire.”10

We will look at the self-righteous older brother next time. Because God our Savior wants all people to be saved and to come to a knowledge of the truth.11