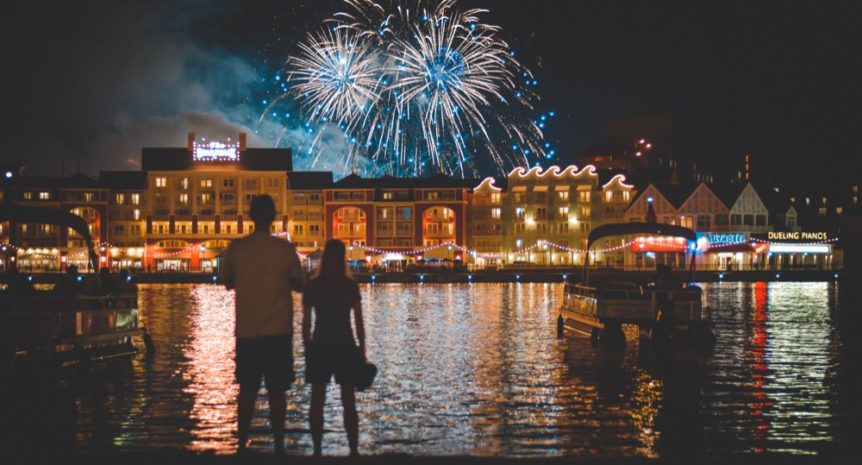 It may be at midday, it may be at twilight, It may be that the blackness of midnight, Will burst into light in the blaze of His glory, When Jesus receives “His own.” (From the hymn “Christ Returneth” by H. L. Turner)

This July Fourth, Americans will spend millions of dollars on fireworks. Children wave sparklers, grown men set off bottle rockets, and moms and wives pray that no one gets hurt. Sometimes it sounds like rolling thunder, sometimes like distant drums or cannons. The sky is filled with blazing lights and colors. Crowds of people ooh and aah as the fireworks explode and crackle above us. All this to celebrate the adoption of the U.S. Declaration of Independence in 1776.

These celebrations remind me that God often sent “fireworks” when He acted in history. When the Lord came down after the Exodus, Mount Sinai was covered with smoke and fire like a brick kiln and the mountain shook violently.1 At Jesus’ birth, an unusual star appeared in the sky and led the Magi to worship Him.2 At Christ’s Transfiguration, His face shone like the sun and His clothes became as white as light.3 At Jesus’ crucifixion at Calvary, there was a three-hour darkness.4 It wasn’t an ordinary eclipse that lasts only a few minutes; it was miraculous! Isaac Watts says, “Well might the sun in darkness hide, and shut its glories in, when God, the mighty Maker, died for His own creature’s sin.”5 At the moment Christ died there was an earthquake, rocks split apart, and tombs opened.6 God acted in history to reveal Himself and He worked miracles. Awesome!

And the best is yet to come! When Christ returns, there will be fireworks!

Jesus said: There will be signs in the sun, moon and stars. On the earth, nations will be in anguish and perplexity at the roaring and tossing of the sea. People will faint from terror, apprehensive of what is coming on the world, for the heavenly bodies will be shaken. At that time they will see the Son of Man coming in a cloud with power and great glory…. I am, said Jesus. And you will see the Son of Man sitting at the right hand of the Mighty One and coming on the clouds of heaven….For the Lord Himself will come down from heaven, with a loud command, with the voice of the archangel and with the trumpet call of God, and the dead in Christ will rise first. After that, we who are still alive and are left will be caught up together with them in the clouds to meet the Lord in the air. And so we will be with the Lord forever.7

For Jesus’ followers this will be the happiest day. But don’t waste time predicting when Christ will return. He urges, “Keep watch, because you do not know the day or the hour.” Jesus gave us the Parable of the Ten Virgins (Matt 25:1-13). Five were wise and ready for their bridegroom’s coming even though it was delayed. Five were foolish, unprepared, and shut out. The Lord warns us not to be like that.

Watching and waiting for Christ’s return is not passive. The Lord requires faithfulness, diligence, and productive service. Jesus used the Parable of the Talents (Matt 25:14-30) to emphasize this. In between His first and second comings, Christ calls us to hallow His name, advance His kingdom, and do His will on earth, not our own little agendas. Christ calls us to live lives that count for Him, fearing God and obeying His commands, for this is everyone’s duty.8

I love the fireworks on July Fourth, but they remind me of the infinitely greater display of glory we will see when Jesus returns for His own people. “The night is nearly over; the day is almost here. So let us put aside the deeds of darkness and put on the armor of light.”9

Prayer: Lord, help us not to forsake you as our first love. Help us not to be lukewarm in our commitment to you. Help us hold on to what we have with you. You have begun a good work in us. Carry it on to completion until the day you return. Help us not to give up meeting together and help us to encourage one another all the more as we see that Day approaching. Gather in your people purchased with Jesus’ blood from every tribe, language, people, and nation. Let none of us perish. We pray in your name. Amen.

Go in peace, beloved. Walk with King Jesus today and be a blessing to others!