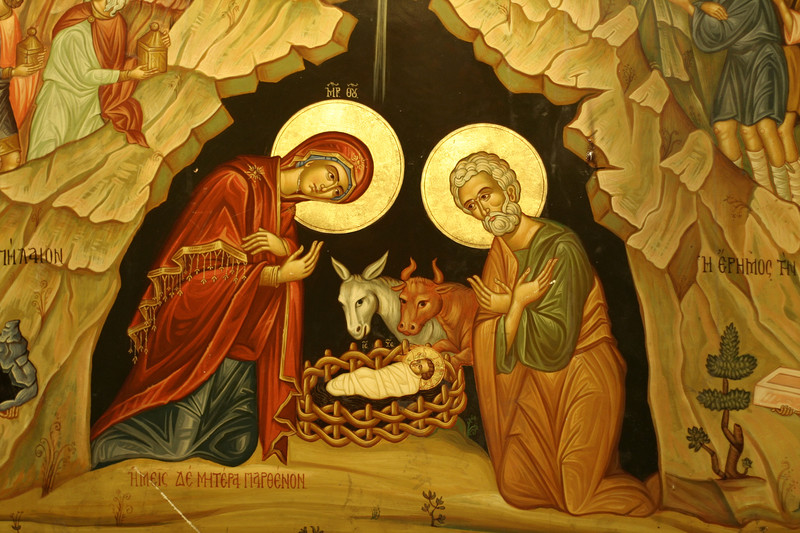 Adapted from Alisa Childers blog post. Used in response to questions at Jester III Prison and at Belhaven University in New Testament Survey. It may be helpful to you in evangelism and in defending the Christian faith.

Christians believe in the Lord Jesus as the Son of God and the Savior of sinners, and we receive and depend upon Him alone for our salvation as He is offered in the Scriptures. We believe that the Bible provides an accurate historical record of Christ’s life and ministry. To know who Jesus is, we must turn to the Scriptures starting with the Gospels: Matthew, Mark, Luke, and John. Christ is also the central figure of the entire Bible.

As a bonus, Jesus is mentioned as a historical person by non-Christian sources within 150 years of His life. These are not the basis of our faith, but confirming and corroborating witnesses. These sources confirm things about Jesus which agree with the Scriptures. I have modernized language and shortened quotations.

1. Christ was wise and righteous according to the Jewish historian Josephus (37-100 AD). In Antiquities, he reports: “At this time there was a wise man named Jesus. His conduct was good, and He was known to be virtuous.” (1)

2. Jesus’ half brother was James. In recounting James’ stoning, Josephus records: “The Sanhedrin of judges assembled and brought before them the brother of Jesus Christ, whose name was James, and others. When they were accused as breakers of God’s law, they were stoned.” (2)

3. Christ performed miracles. Celsus was a 2nd-century Greek philosopher and a fierce opponent of Christianity. Trying to explain away Jesus’ miracles, he affirms that they really happened: “Jesus, on account of His poverty, went to Egypt. There He acquired certain powers….He returned home possessing powers, and on the strength of them gave Himself out to be a god.” (3)

4. Jesus was crucified under Pontius Pilate. Cornelius Tacitus (56-120 AD) served as a senator under Emperor Vespasian. He wrote a history of the Roman Empire and notes: “Christus suffered the extreme penalty during the reign of Tiberius at the hands of Pontius Pilatus.” (5) Josephus confirmed: “Pilate condemned Jesus to be crucified and to die.” (6)

5. Christ’s crucifixion was accompanied by darkness and an earthquake. This fact was originally recorded by the historian Thallus (5-60 AD), who was alive at the same time Jesus. Thallus’ work no longer exists. But before his writings were lost, he was cited by Julius Africanus (160-240 AD). Africanus repeated Thallus’ account of what happened during Jesus’ crucifixion: “On the whole world there pressed a most fearful darkness; and the rocks erupted from an earthquake, and many places in Judea and other districts were thrown down.” (7)

6. Christ had many Jewish and Gentile followers. Josephus wrote: “Many people from among the Jews and the other nations became Jesus’ disciples. Pilate condemned Him to be crucified and to die. And those who had become His disciples did not abandon following Jesus.” (8)

7. Christ lived under Tiberius Caesar. 2nd century historian Phlegon of Tralles records that under Tiberius, at the full moon, there was a full eclipse of the sun from the sixth hour to the ninth. (9)

8. Jesus disciples believed that He rose from the dead. Josephus recorded: “[Christ’s disciples] reported that He had appeared to them three days after His crucifixion; and that He was alive….” (10)

9. Christ’s disciples believed He was God and met regularly to worship Him. Pliny the Younger (61-113 AD) was a judge in  Rome. In a letter to Emperor Trajan he wrote: “[Christians] were in the habit of meeting on a certain fixed day before it was light, when they sang a hymn to Christ, as to a god, and bound themselves by a solemn oath, not to any wicked deeds, never to commit any fraud, theft, or adultery, never to falsify their word….” (11)

Lucian of Samosata (125-180 AD) was a 2nd-century Greek satirist. He mocked Christians, but affirmed certain historical details: “The Christians worship a man (Jesus) to this day—the distinguished personage who introduced their novel ideas, and was crucified on that account….Their original lawgiver taught that they are all brothers, from the moment that they are converted. They deny the gods of Greece and worship the crucified sage (Christ), and live according to His laws.” (12)

10. Jesus’ disciples were willing to suffer and die for their beliefs. Persecution of early Christians was recorded by Suetonius (69-122 AD), official secretary of Emperor Hadrian. He documented that Christians were expelled from Rome in AD 49 by Claudius: “Because the Jews at Rome caused constant disturbances at the instigation of Chrestus (Christ), Claudius expelled them from Rome.” (13) “Nero inflicted punishment on the Christians, a sect given to a new and mischievous religious belief.”  (14) Tacitus also confirmed Nero’s persecution of early Christians: “Nero fastened the guilt and inflicted the most exquisite tortures on a class hated for their abominations, called Christians by the populace.”  (15)

Conclusion: From non-Christian and even anti-Christian sources, there is confirming evidence that Jesus existed, was crucified, was resurrected from the dead, and His many followers were willing to suffer and die for their allegiance to the Lord. The next time someone claims that there is no evidence for Christ outside the Bible, consider sharing these citations with them!