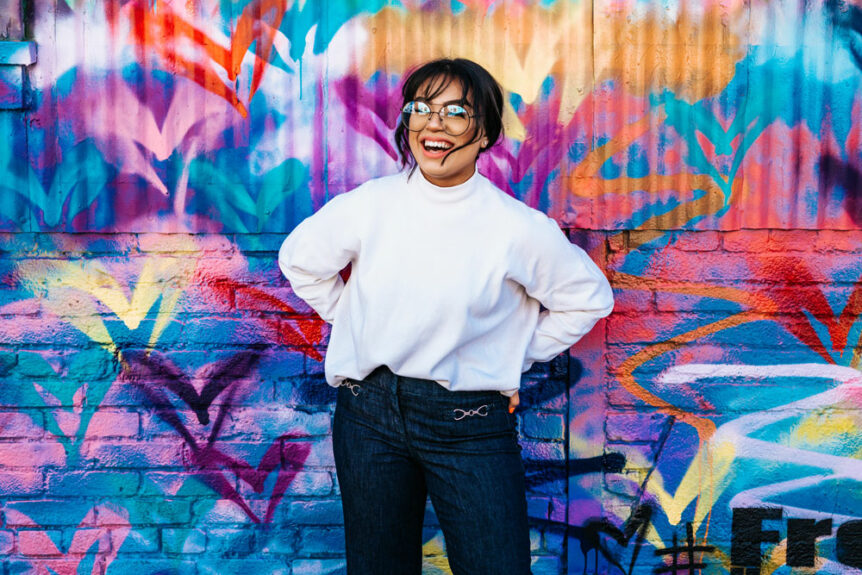 Consider it pure joy, my brothers and sisters, whenever you face trials of many kinds, because you know that the testing of your faith produces perseverance…so that you may be mature and complete, not lacking anything….Blessed is the one who perseveres under trial because, having stood the test, that person will receive the crown of life that the Lord has promised to those who love Him. (James 1:2-4,12)

We Are Not Spared from Troubles

Many of you reading this are facing adversity, danger, difficulties, and challenges right now. Many are facing temptation, tribulation, and trouble of all sorts. You are not alone. I don’t say it lightly, but the Bible reminds us often: “We must go through many hardships to enter the kingdom of God.”1

God our Father promises that He uses troubles to make us better people, more like Christ, to bless others. And He warns us that Satan tempts us to get bitter against our Lord so that we stumble into sin. Scripture warns us that spiritual warfare is real in the outside world and in prison.2

The verses above in James remind me of Edward Payson (1783-1827), an American Congregational pastor. The Lord used the death of Payson’s younger brother to wake Edward up to God, to shake his self-reliance, and to make him call on Jesus as the Son of God, and receive and rest upon Christ alone for salvation. God used a tragedy to make Payson a new person in Jesus. But his emotions were still very unstable. Today he might be diagnosed with bipolar disorder. Extreme happy times were followed by deep depression. Payson also suffered unusual shifts in mood, energy, and the ability to carry out daily tasks. In addition, he suffered from migraines, insomnia, paralysis in his arm, and nearly died from tuberculosis. Two of his children died in infancy. Some of you have suffered similar things and worse.

Christians are loved by God (Father, Son, and Holy Spirit), saved by God, and sustained by God. But we are not guaranteed an easy life down here. Philippians 1:29 says: “It has been granted to you on behalf of Christ not only to believe in Him, but also to suffer for Him.”

Fullest Joy Only in Heaven

By God’s love, mercy, and grace, Edward Payson was hard pressed, but not crushed; perplexed, but not in despair; suffering, but not abandoned; struck down, but not destroyed.3 He hung on to Christ, knowing that Jesus hung on to him,4 and he was known as “Praying Payson.” Edward reminds me of Daniel 12:3. He was wise in Christ leading many to Jesus’ righteousness and also said that he was never fit to say a word to a sinner except when he had a broken heart himself. He knew we don’t get the fullest joy in this life, but only with Christ in Paradise. A month before his death, Payson dictated a letter to his sister, urging her to keep on with Christ so they could meet again in Heaven.

James’ Scripture at the top of the page and Edward Payson remind me of Fanny Crosby (1820-1915). She was blind from childhood, but trusted in Christ’s unfailing love and rejoiced in His salvation. In Fanny’s hymn, “Some Day the Silver Cord Will Break,” the last stanza and chorus go like this:

Some day, till then I’ll watch and wait, My lamp all trimmed and burning bright,
That when my Savior I will greet, My faith will then be changed to sight.
And I shall see Him face to face, And tell the story, saved by grace.

Until we get to Heaven, the Bible tells us that the Lord brings good things out of trouble in this life. Here is just one blessing:

We Suffer So That Others May Be Saved

Paul wrote: “I am chained like a criminal. But God’s word is not chained. Therefore I endure everything for the sake of the elect, that they too may obtain the salvation that is in Christ Jesus, with eternal glory.”5 Paul committed no crime, but he was imprisoned for preaching God’s good news. People found that offensive and considered him a troublemaker because he rocked their boat. While in prison, Paul wrote some of his letters that we have now in the New Testament and billions of people have come to faith in Christ and grown in Christ because of those letters over the past 2,000 years. From prison, Paul also coached others to reach unsaved people who he was not able to teach in person.

Likewise, author and teacher Elisabeth Elliot (1926-2015) sadly buried two husbands seventeen years apart. Jim was murdered on the mission field in Ecuador and Addison died of cancer after four years of marriage. But Elisabeth never stopped rejoicing in Christ her Savior and pointing others to Him. She still called on Jesus, despite her grief, and helped others to do that too. Joni Eareckson Tada, a quadriplegic was injured in a diving accident, has survived two bouts with cancer, and lives with constant pain. Yet Joni still leads people to Jesus through her teaching and writing. She especially helps people with disabilities to find hope, dignity, and their place in the Body of Christ (Jesus’ Church). Tragically, Jerry Sittser lost his mother, his wife of 20 years, and his four-year-old daughter in one car crash! He was left as a single father to care for three surviving children and was nearly crushed by the tremendous weight of grief. Yet the Lord sustained Jerry and helped him to point others to Christ for salvation and sanity. One of his books, Resilient Faith, urges Christians to reach out faithfully, creatively, and winsomely to a world that sees Christianity as largely obsolete.6

Pastor Samuel Storms reminds us said that God does not change the world by taking His people out of suffering, but rather by demonstrating His grace through them in the midst of pain.

A Challenge for Us

Do you have physical, mental, emotional, spiritual troubles, dear ones? I bet that most of you do. If not, you probably will in the future. The Lord doesn’t spare us from trials. But Christ does help us look past our difficulties to the joy that lies ahead for Jesus’ followers and to persevere in following Him.7 Our present sufferings are not worth comparing with the glory that will be revealed in us when Christ returns.8 And so God’s people remind ourselves, we remind other Christians, and we tell the unsaved about Christ, our blessed hope. We urge people to be reconciled to God and we pray: “Come, Lord Jesus.”9

Prayer: We thank you, our Father, that you will never waste our pain and suffering. Give us fresh hope in Christ and love for you and others poured out into our hearts through the Holy Spirit. Give us health of body and soul so that we may do what pleases you. We need you today and every day. Bless us and make us a blessing to others. We pray in Jesus’ Name, Amen.