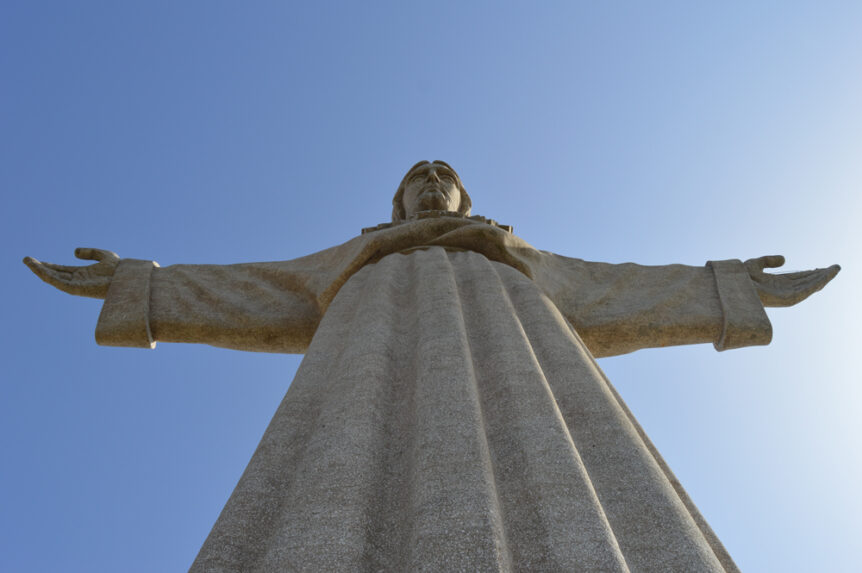 When Jesus rose early on the first day of the week, He appeared to Mary Magdalene, Joanna, Mary the mother of James, and the others who told this to the apostles. (Mark 16:9: Luke 24:10)

Christ’s resurrection is the hinge of Christian faith and life. This truth gave the disciples confidence to serve the Lord in a fallen and hostile world. Central to their mission and ours is telling others of the fact and meaning of Jesus’ resurrection. 1 Corinthians contains a fragment of an early Christian creed or hymn and declares:

We cannot be Christians without trust in Jesus’ resurrection.2 And Scripture says we are beautiful when we bring God’s good news to others.

Like the Apostle Paul, Thomas Malcolm Muggeridge (1903–1990) became a Jesus-follower after years of unbelief. He was a writer and worked for the British government as a soldier and spy during World War II. While previously agnostic, Muggeridge converted to Christianity in the 1960s and wrote:

How can a man (Christ) nailed to a cross 2,000 years ago, who claimed to be the Son of God, come to signify reality? He contradicts the sawdust men of destiny with their fraudulent wars, revolutions, and liberations. It can be understood, but not fully explained. You either see it or you don’t….Faith is a gift of God, different from proof. God Himself places faith in the heart to make us aware of Him….Coming to faith in Christ is a homecoming, picking up the threads of a lost life, responding to a bell that had long been ringing, taking a place at a table that had long been vacant….The early Christians believed that the world would soon end. And that worked in their favor because it prevented them occupying their minds with lesser and irrelevant matters.

Muggeridge came to see that the Lord’s resurrection changed everything. The Risen Savior washes believers from our transgressions and trespasses, cleans our slate, takes away our death penalty, and gives us acceptance with and adoption by God! Christ was delivered over to death for our sins and was raised to life for our justification.3 Jesus brings us goodness, peace, and joy in the Holy Spirit, and turns the world right-side up.

In this life, the Risen Lord gives believers new desires and new power to serve Him and His kingdom.4 Paul wrote, “Since you have been raised to new life with Christ, set your sights on the realities of heaven, where Christ sits at God’s right hand. Think about the things of heaven, not the things of earth. For you died to the old way of life, and your real life is hidden with Christ in God.”5 This is what Muggeridge meant by the Lord freeing our minds from irrelevant matters.

Likewise, Pastor Phillips Brooks (1835-1893) explained that the great Easter truth is not just that we will live newly after death, but that Christians are made new here and now by Jesus’ resurrection. Christ’s followers will live forever, but we must and can, by the Spirit’s power, live nobly now because we are going to live forever with Jesus. Our great privileges in Christ carry great responsibilities.

LeRoy Eims (1925-2004) served with The Navigators for 50 years. As a new Christian, he was challenged to apply Bible study personally, working through the New Testament book of Colossians. The Holy Spirit caught his attention with Colossians 3:8, “Now is the time to get rid of anger, rage, malicious behavior, slander, and dirty language.” Eims tried to ignore this challenging verse, but God kept bringing him back to the words “Get rid of anger.” LeRoy used to have a violent temper. When it flared, he’d bash his fist into the nearest door, often bloodying his knuckles. He couldn’t seem to stop, yet here was Jesus’ clear word: “Get rid of anger.” It wasn’t just pious advice for centuries ago. LeRoy understood that the Lord was speaking to him in the Scriptures and calling for submission.

Eims asked God for help and, relying on the Spirit, committed himself to change. He memorized the verse, reviewed it daily, and asked the Lord to bring it to mind whenever he was tempted to blow his cork. He asked his wife and friends to pray for him and remind him if they saw him stumbling. He wanted to be accountable. Colossians 3:8 became a part of him and God gradually removed anger from his heart, mind, and life! LeRoy was changed for the better because he treated his Bible as he treated his Lord Jesus, trusting and obeying both.6

Scripture says: Our old sin-loving nature was buried with Christ when He died. And when God the Father, with glorious power, brought Jesus back to life again, Christians were given His wonderful new life to enjoy….Now the Lord calls us to put on our new self, created to be like God in true righteousness and holiness.7 Even though Christians have already been renewed in Christ’s image, we are not yet all that Jesus saved us to be. That often takes us years to discover and work out and to practice this new life consistently.

Jesus says: Let your good deeds shine out for all to see,
so that everyone will praise your heavenly Father. (Matt 5:16)