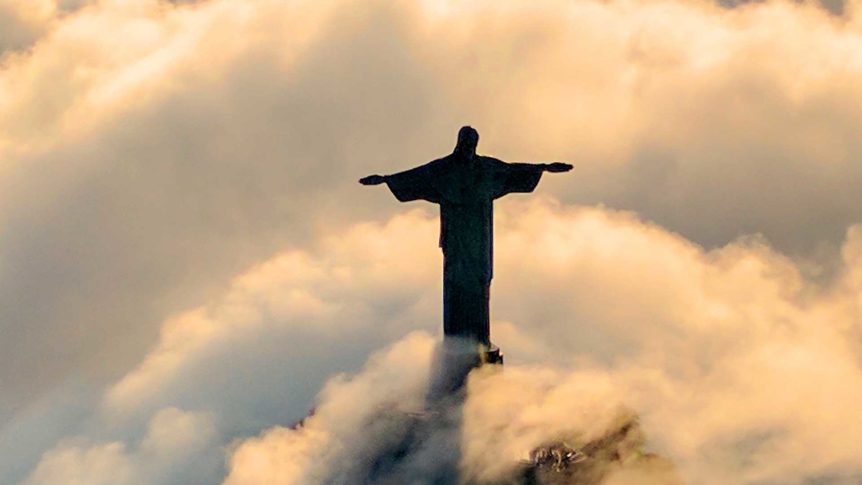 In Christ are hidden all the treasures of wisdom and knowledge….Though you have not seen Him, you love Him; and even though you do not see Him now, you believe in Him and are filled with inexpressible and glorious joy. (Colossians 2:2-3; 1 Peter 1:8)

The Precious Son Dies. Imagine a wealthy man who collected rare works of art, everything from Angelico to Zuccarelli. During the Vietnam War (1955–1975), his son, James, died in battle heroically, rescuing other soldiers. For the rest of his life, the father grieved deeply for his precious only son.

One day a young soldier came to the door with a large package. He said, “Sir, James gave his life for me. He saved many and was carrying me to safety when a bullet struck him and he died instantly. He talked often about you and your love for him.” The soldier held out the package and said, “I’m not a great artist, but I want you to have this.” The father opened it and gazed at a portrait of James, his son. He stared in awe at this wonderful picture. The father hung the cherished portrait over his mantle. When visitors came, he always called attention to his deceased son before showing any of the famous art works.

The Auction. When the father died, his paintings were auctioned. Influential people gathered, eager to purchase the masterpieces. On the platform was the son’s portrait. The auctioneer asked someone to start the bidding. The crowd demanded the Van Goghs and Rembrandts. But the auctioneer persisted, “Who will start? $200? $100?” The crowd insisted on seeing the famous works. Still the auctioneer begged, “The son! The son! Who will take the son?” Finally a soft voice said, “$10.” It was the family’s longtime gardener, a poor man who couldn’t afford more. The auctioneer pounded the gavel and sold the painting for $10 to the gardener.

The Surprise. Someone bellowed, “On with the auction.” But the auctioneer explained, “I’m sorry, it’s over. When I was hired for this auction, I was told of a secret stipulation in the father’s will. I couldn’t reveal the facts until now. Only the son’s painting would be auctioned. Whoever buys that painting gets the entire estate, including the masterpieces. The one who takes the son gets everything.“

The Scriptures. The Bible says: The Word became flesh and made His dwelling among us. We have seen His glory, the glory of the one and only Son, who came from the Father, full of grace and truth….For my Father’s will is that everyone who looks to the Son and believes in Him shall have eternal life, and I will raise them up at the last day….I am the way and the truth and the life. No one comes to the Father except through me. If you really know me, you will know my Father as well. From now on, you do know Him and have seen Him….Whoever has the Son has life; whoever does not have the Son of God does not have life.1

The Bible asserts Christ’s uniqueness and exclusivity. That was unpopular in the first century and it’s unpopular now. The truth that Jesus is the singular saving path to God is obnoxious in a world that wants religious diversity, universalism, and inclusivism. All men, women, girls, and boys need salvation from sin and we do them no favors to withhold God’s truth from them. That’s not loving at all.

Good News in Galatians. Paul wrote Galatians because the Holy Spirit carried him along to write down God’s good news in Christ. Paul began the letter like this:

Grace and peace to you from God our Father and the Lord Jesus Christ, who gave Himself for our sins to rescue us from the present evil age, according to the will of our God and Father, to whom be glory for ever and ever. Amen.2

What wonderful truths! Grace is God’s undeserved kindness toward ungodly sinners. Instead of asking us to do something to earn salvation, God tells us what He has done for us in Christ and invites us to receive salvation as His free gift. “To all who did receive Him, to those who believed in His name, He gave the right to become children of God…born of God.”3 God brings sinners who repent and turn to Jesus peace with God, peace with other people, and peace in our own hearts. We can joyfully rest in the fact that Christ has paid the full penalty for our sins. He was crucified, is alive, and is present with us now. He is ruling the world and will be returning soon for us. Now we are forgiven, accepted, adopted by God, never to be condemned or forsaken. These are the blessings God gives us only in Christ, never apart from Him. We want that for everyone and and it’s not loving to pretend that God’s blessing can be obtained any other way than through Christ. There is no other way. All the other supposed ways to God are lies, false paths, dead ends. God gets all the credit, not us. He has rescued us from the dominion of darkness and brought us into the kingdom of the Son He loves.4 That’s our greatest need.

Paul warns us not to follow counterfeit religions that teach reliance on ourselves or man-made, man-centered messages. That puts us under God’s curse; that’s bad news. That leads to the eternal destruction of never-dying human souls. Jesus is God’s unique Son who saves us by His living, dying, and rising. Christ says, “Do not let your hearts be troubled. You believe in God; believe also in me. My Father’s house has many rooms; if that were not so, would I have told you that I am going there to prepare a place for you? And if I go and prepare a place for you, I will come back and take you to be with me that you also may be where I am.”6

When Christ returns for us, believers will say: “I have come home at last! This is my real country! I belong here. This is the land I have been looking for all my life, though I never knew it till now.”7

What about you, dear ones? Will you take God’s Son? People who have Jesus get everything!

Whoever has the Son has life; whoever does not have the Son of God does not have life….No eye has seen, no ear has heard, and no human mind has conceived what God has prepared for those who love Him.8

Go in peace, beloved. Walk with Christ our King today and be a blessing to others!