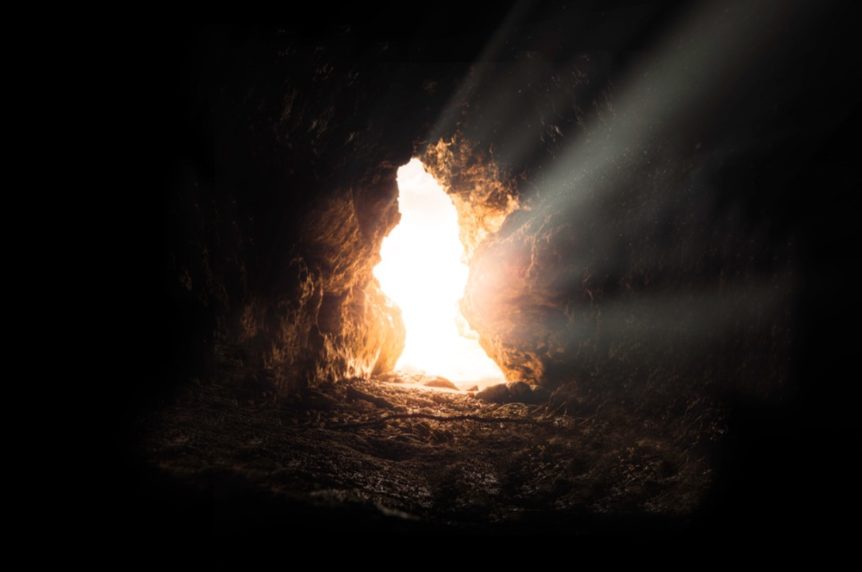 Remember Jesus Christ, raised from the dead….This is my gospel.
(2 Timothy 2:8)

Charles “Chuck” Colson (1931–2012) suggested that Watergate proves Jesus’ miraculous resurrection. Colson was the first member of President Richard Nixon’s team to be jailed over the Watergate scandal in the 1970s. Colson later became Christ’s follower and his mid-life conversion triggered radical changes in his life and his founding of Prison Fellowship International, now reaching offenders and their families in 117 countries.

Colson said that when he is challenged about Christianity’s historicity, he answers that the apostles and at least 500 others gave eyewitness accounts of seeing the Son of God physically raised from the tomb. By the Holy Spirit’s power, this Bible truth convinced Colson to become Jesus’ follower. The eyewitnesses touched Christ’s resurrected body, talked and ate with Him, and spent forty days with Christ after the first Easter Sunday. Bible truth, in the hands of the Spirit, persuaded Colson, while skeptics claim it was a conspiracy or scam.

Colson’s story reminds me of Albert Henry Ross (1881–1950), better known by his pen name Frank Morison. Morison doubted Jesus’ resurrection and set out to analyze the historical record and prove that it was a myth. Morison’s plan backfired. His research convinced him of the validity of Christ’s resurrection, and he documented the long chain of evidence in his book, Who Moved the Stone? (1930). Many people have become Christians through reading Morison’s book, including Lee Strobel the former atheist and investigative journalist.1

Colson contends that lessons from Watergate suggest that the eyewitnesses of Jesus’ resurrection were trustworthy and reliable. Watergate was a plot concocted by Nixon’s powerful aides. But the fraud unraveled when one man, John Dean, testified against Nixon to save his own skin. The cover-up and hoax held together only two weeks, then everybody jumped ship to save themselves. Nobody’s life was at stake but they faced public embarrassment, disbarment, and prison. Under pressure, many of Nixon’s top staff confessed they were lying.

Colson contrasts Watergate’s schemers with Christ’s apostles. They were eleven ordinary people: fishermen, a tax collector, and laborers, but the stakes were much higher. The disciples suffered exile, beating, and execution for their allegiance to Jesus. Yet every single one insisted to their dying breath that they had actually seen the Risen Christ with their eyes. Jesus was miraculously alive and raised from the dead. Colson asks, “Wouldn’t at least one have caved in or cracked before being beheaded or crucified? If it was a fraud, wouldn’t one have made a deal or a plea bargain? Nobody did.” Colson claims that people sacrifice their lives for things they believe are true, seldom for falsehoods.

In The Wall Street Journal (3-30-18), George Weigel wrote “The Easter Effect and How it Changed the World.” He says, “There is no accounting for the rise of Christianity without weighing the revolutionary effect of the Resurrection on those nobodies. They encountered Christ whom they embraced as the Risen Lord, whom they first knew as the itinerant Jewish rabbi, Jesus of Nazareth, who died an agonizing and shameful death on a Roman cross outside Jerusalem….Because Jesus was raised from the dead, a lot of things changed profoundly.”

Weigel lists positive outcomes brought to the ancient world through Christianity: A new dignity given to women in contrast to the Greco-Roman culture; self-denying healthcare provided to plague sufferers; focus on family health. The worship day was changed from the Sabbath (Saturday) to the Lord’s Day (Sunday). Disciplines were willing to embrace death as martyrs, knowing that death did not have the final word. They lived as if they knew history’s final outcome because they did!2

The Watergate fiasco revealed the selfish weakness of human beings. Political zealots betrayed their corrupt leader to save their own necks. Christ’s apostles couldn’t deny Jesus, because they had really, truly, honestly seen Him face to face and interacted with Him for more than a month after the first Easter. They knew that Christ had risen from the grave, just as He had foretold many times and as the Hebrew Bible foretold hundreds of years before.

Colson says, “Take it from me, an expert in cover-ups, only Christ’s historic bodily resurrection could’ve convinced the apostles and others to maintain to their deathbeds that Jesus is alive.” And 2,000 years later, Christ is still alive in Heaven, never to die again. He is still saving, helping, keeping, loving His followers, and returning soon to judge all human beings. Only Jesus’ resurrection reality still motivates Christians worldwide to remain faithful in serving Christ our King, despite prison, torture, and death.

Open Doors USA reports that Christians remain one of the most persecuted groups in the world. They define persecution as any hostility experienced as a result of identification with Jesus. Christian persecution remains an issue for believers including imprisonment, loss of home and assets, physical torture, rape, and even death as a result of their faith. Trends show that some countries in Africa, Asia, and the Middle East are intensifying persecution against Christians, and perhaps the most vulnerable are Christian women, who often face double persecution for faith and gender. Every day, Open Doors receives new reports of Christians who face threats, unjust imprisonment, harassment, beatings, and loss of family because of their commitment to Jesus.

Colson reminds us that Jesus’ miraculous coming back to life is a fact, convincingly supported by Bible evidence, and that we can bank our lives on Him. It means everything He says is true and His teaching is reliable and practical. The life Christ lived and still lives transforms us and our fallen world. If the crucified Lord got up and walked away from death, we (His followers) will also do the same some day. Colson rightly understood that our whole Christian faith stands upon the solid foundation of Jesus’ historical resurrection.

“The evidence for Christ’s resurrection is so strong that nobody would question it except for two things: First, it is a very unusual event. And second, if you believe it happened, you have to change the way you live.” (Wolfhart Pannenberg)

Do we understand and rejoice in Christ’s resurrection reality? Do we tell this good news to others? How else does Jesus’ “Easter Effect” impact our lives?

Notes: 1 See Strobel’s, The Case for Easter: A Journalist Investigates the Evidence for the Resurrection.     2 The main message of Revelation is summed up simply and wonderfully: Jesus wins and as Christians we are safe with Him! See: The Final Word-The Book of Revelation Simply Explained by Steve Wilmshurst.