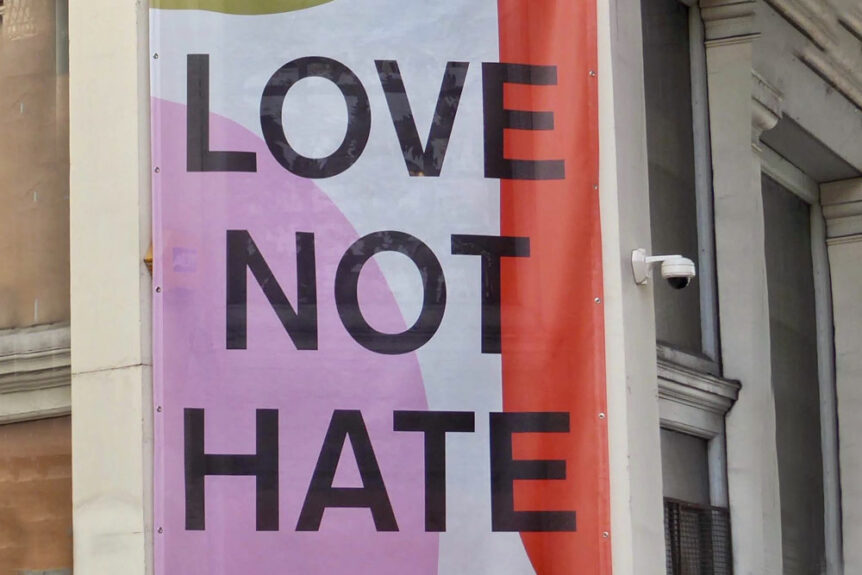 Jesus warned: Be careful not to practice your righteousness in front of others to be seen by them. If you do, you will have no reward from your Father in heaven….Whoever claims to love God yet hates a brother or sister is a liar. For whoever does not love their brother and sister, whom they have seen, cannot love God, whom they have not seen. (Matthew 6:1; 1 John 4:20)

Anna, not her real name, was born in the early 1900s. She suffered from many fears and phobias. She had a stuttering problem that got worse when she spoke to strangers. It was so humiliating that at age 19, Anna considered suicide, but was afraid to take her own life. She thought: “What if God is real after all?” The Lord brought Anna to faith in Christ at age 20 while studying 1 Kings chapter 18 where Elijah said, “How long will you waver between two opinions? If the Lord is God, follow Him.”1 The Lord wants followers, not a fan club.

Anna became a missionary to Jews in Israel, but she disliked them. Anna wanted other people to be more holy and less annoying. She prayed that God would change them, but she felt very pleased with herself in an unhealthy way. One day the Holy Spirit showed Anna that she was a hypocrite and a Pharisee. She was addicted to fault-finding in others, as alcoholics are addicted to drinking. As Anna studied the Scriptures, God convicted her about her sins of: grumbling against other Christians; being a troublemaker by planting seeds of strife; complaining and arguing; spreading gossip about others; and judging others without love.2

Anna neglected being merciful and compassionate, as God her Father had loved her. With the Lord’s help, Anna turned from her bad habits and began to develop Christ-like ones. God says: “Do not let any unwholesome talk come out of your mouths, but only what is helpful for building others up according to their needs, that it may benefit those who listen.”3 By God’s grace, Anna was changing her ways.

In the last two posts, we began looking at Jesus’ three parables in Luke chapter 15. The religious establishment was annoyed that Christ was loving and forgiving toward outwardly evil sinners. The Pharisees mocked Jesus for caring so much for the riffraff. Their arrogance was the reason that Christ told the parables.

You can go back to read Jesus’ Search and Rescue and God Welcomes Repenters.

In verses 28-32, Jesus describes the elder brother’s proud reaction to his father’s forgiveness. The elder son was disgusted and angry and refused to go in to celebrate his brother’s return. He was a self-righteous snob. But the father (representing God) loved both sons. Earlier, the father ran out to meet the younger, now he goes out to plead with the elder. The Lord is out-going in His efforts to reclaim us! The whole Bible shows that. On the contrary, the elder son was completely self-focused and complained that he’d been slaving away for his dad. He didn’t serve out of love, just as the Pharisees failed to serve God out of love, trying to earn something from the Lord. That is not possible:

Proud and self-righteous people always feel entitled and not treated as well as they deserve. The truth is we deserve God’s punishment and get His forgiveness. We deserve God’s wrath and get His love. Cheer up. We are worse than we think we are, but in Jesus we’re far more loved than we could ever imagine.4

The elder brother disowns his brother and falsely accuses him of wasting the father’s money on prostitutes, which is never mentioned in verses 11-27. Where did that come from? Out of the elder brother’s wicked heart. In Emily Bronte’s Wuthering Heights, she described a man who ransacked the Bible to rake in the promises for himself and to fling the curses on neighbors.5 The elder brother is like that. He is just as bad (inwardly) as his younger brother.

Jesus said: The things that come out of a person’s mouth come from the heart, and these defile them. For out of the heart come evil thoughts—murder, adultery, sexual immorality, theft, false testimony, slander.6

The elder brother is guilty of lying (false witness) and speaking evil of others (slander). The Lord says He hates a lying tongue and a false witness who pours out lies. God says He can’t tolerate and detests these behaviors.7 The Bible heaps up terms for these sins because they are so replusive to the Lord. The Ninth Commandment which God spoke at Mt. Sinai says: “You shall not bear false witness against your neighbor.”8 The Lord requires us to tell the truth and to maintain and promote another person’s reputation. He forbids anything that gets in the way of the truth or injures anyone’s reputation.

People look at outward appearances, but God does a heart scan, examining us from inside out.9 We’ll come back to this passage next time, but for now, let’s ask the Lord to help us do a searching “Heart Scan.”10 Ask Him to show us what’s inside us and what comes out. “If we confess our sins, God is faithful and just and will forgive us our sins and purify us from all unrighteousness.”11

Here’s a prayer we can use:
Lord, we can’t see our own errors easily. Forgive and cleanse our hidden faults.
Keep us also from willful sins. Don’t let them rule over us.
Then we will be blameless, innocent of great transgression.
Search us, God, and know our hearts.
See if there is any offensive way in us, and lead us in the way everlasting.
God, have mercy on us. We are only sinners saved by grace. We pray in Jesus’ name. Amen.12