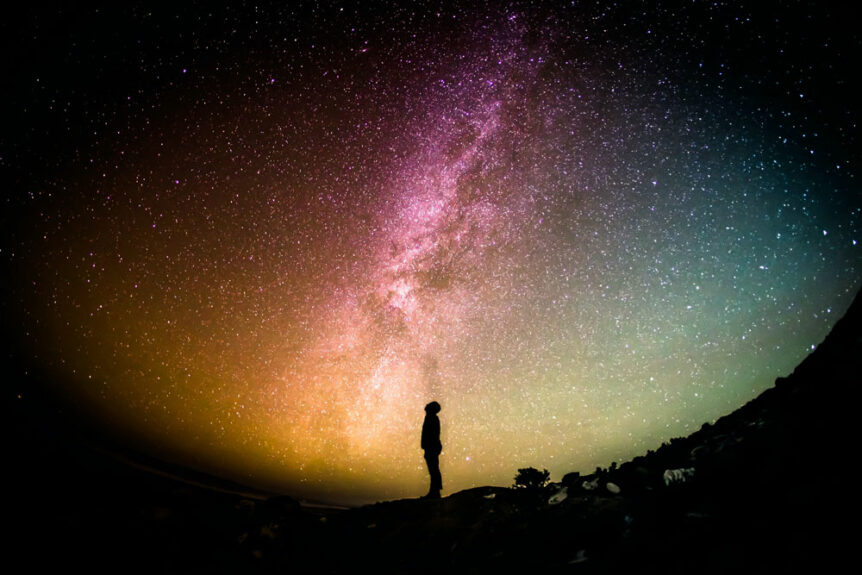 Blessed are the poor in spirit, for theirs is the kingdom of heaven….In your relationships with one another, have the same mindset as Christ Jesus: Who, being in very nature God, did not consider equality with God something to be used to His own advantage; rather, He made Himself nothing by taking the very nature of a servant, being made in human likeness. And being found in appearance as a man, Christ humbled Himself by becoming obedient to death—even death on a cross! (Matthew 5:3; Philippians 2:5-8)

In my public accounting days, I trained recent college grads. I remember Brad from a big-name school who never stopped talking about his credentials and how smart he was. He was cocky and conceited. For all his advantages, Brad’s attitude made him useless in the workplace and he didn’t last with the firm. In psychology, “The Dunning–Kruger Effect” states that people with low competence overestimate their ability. They have brashness and swagger, but they don’t know enough to know how little they know.1 At the same time that I trained Brad, I also trained Craig, from a school with a lesser name. Craig understood his role and position perfectly. He was humble about his own abilities, admitted his mistakes easily, was very teachable and very effective with co-workers and clients. Craig went on to climb the ladder in the world’s largest accounting firm, being blessed and being a blessing to others. Are we more like Brad or Craig?

If pride is obnoxious in the business world, it is even worse among God’s people, Jesus’ Church. John Stott wrote, “Pride is more than the first of the seven deadly sins; it is itself the essence of all sin.” That’s why Scripture warns us constantly about arrogance.

We are looking at some aspects of Christian service and this post builds upon Jesus-like Service and Depending on Jesus.

Imitating Christ as We Serve

John Bunyan (1628-1688) was an English Baptist writer and pastor who had no formal education. Yet John Owen (1616-1683), the brilliant English theologian, said that he would gladly trade all his learning for Bunyan’s preaching abilities. Bunyan’s book, The Pilgrim’s Progress, has sold 250 million copies, and is the best all-time selling Christian book, besides the Bible. Yet Bunyan said, “I was but a pen in God’s hand and what praise is due to a pen?” Both Bunyan and Owen were humble men following their humble Lord Jesus. Both were used to reflect Christ to others and they still do, through their writings!

Isaiah 42:2 prophesied that Messiah would not shout, or cry out, or raise his voice in the streets. It’s not referring to our Lord’s volume level when he addressed a crowd. It means that Christ never called attention to Himself in an aggressive or arrogant way. Jesus never made a big fuss about Himself when He came into town or left. No trumpets or fanfare, even when He did miracles. When Jesus cleansed a man of leprosy, He said, “See that you don’t tell this to anyone.”2 When He opened a deaf man’s ears and cured him from a speech impediment, the Lord commanded witnesses not to tell anyone, but they did anyway.3 When Jesus showed that He is the Christ, Son of the living God, and was transfigured, and showed His glory on the mountain, He gave the apostles orders not to talk about what they had seen until Christ had risen from the dead.4 In every way, Jesus is a model of modest godliness, pointing to His Heavenly Father, not Himself.

Christ taught that blessedness, happiness, and being in right relationship to God includes humility. He taught that being “poor in spirit” means recognizing our need for God’s help. We must confess our spiritual bankruptcy, rather than claiming self-sufficiency, and live by the power of the Holy Spirit.

There is lots more to say about Jesus’ humility, but for His followers, humility might include these ways of living. Surely you can think of more, but here is a starter list:

Jack Miller (1928-1996) said: “Grace flows downhill. It runs down from the heights of God to humble people at the foot of the mountain. The Lord takes away our fear and gives us His mighty, tender, compassionate security. As you humble yourself in serving the Lord, you will find fears fading away like the morning mists.” We are to trust and obey the Lord Jesus and serve Him and others, not ourselves.

Jack Miller, James, and Peter learned from Christ who taught, “Blessed are the poor in spirit, who don’t think more highly of themselves than they ought to, because theirs is the kingdom of heaven.”7 In John 13, Jesus showed an example of what humble service looks like by washing His disciples’ feet. If God’s Son was willing to do lowly tasks to bless others, shouldn’t we imitate Him?

To be continued. You can read Compassionate Service