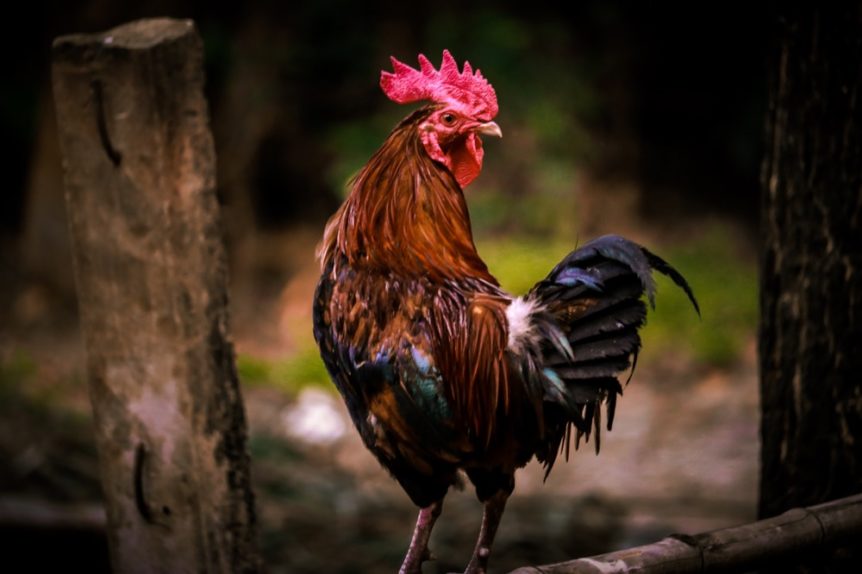 The Lord is compassionate and gracious, slow to anger, abounding in love. He will not always accuse, nor will He harbor His anger forever; He does not treat us as our sins deserve or repay us according to our iniquities. (Psalm 103:8-9)

Jacob, an East Texas farmer, raised prize-winning Bantam roosters, and his favorite rooster won blue ribbons at livestock shows and the State Fair. Jacob had one son, Liam, whom he loved very much. On Liam’s 16th birthday, Jacob gave him a car and the son was overwhelmed with his father’s generosity. Liam wanted to drive it to town to show his friends, and Jacob agreed. It was a small country town, so Liam gave rides to friends and others. As the sun was setting, Liam said goodbye to his companions and headed down the dirt road for home. He was late and he drove too fast.

Soon Liam drove through the family farm’s front gate, hit the brakes hard, and skidded into the front yard, striking his dad’s prize Bantam rooster. The car had rooster blood and feathers all over the front grill. Liam saw his father quietly rocking on the front porch. Jacob saw the whole thing.

Liam was cut to the heart that he had grieved and disappointed his father. He carefully carried the dead rooster up to where Jacob was sitting. With tears, Liam begged for his father’s forgiveness. Jacob spoke softly, told the boy he was deeply saddened, but he forgave him and smiled. Jacob gently told his son, “Go bury the rooster.” The son got a shovel, buried the rooster under the pin oak tree, and regretted his foolish actions.

Four days later, driving home from school, Liam thought more about his reckless accident. When he got home, he took the shovel and dug up the rooster. Shaking off dirt and bugs, he carried the rooster to where his dad was working. Liam held up the rotting bird, and in great pain asked his father to forgive him. Jacob with great love and patience said, “Son, I already forgave you. Go bury the rooster.”

Driving home on Saturday, Liam thought more about his carelessness. Once home, he went to the shed, got the shovel, and headed for the pin oak tree……..By now we are thinking: If that boy digs up the rooster again, he’s really dense. But what a minute. How many times do we “dig up our roosters,” our unintentional and deliberate sins?

God says: As far as the east is from the west, so far has He removed our transgressions from us….Whoever conceals their sins does not prosper, but the one who confesses and renounces them finds mercy…..Forgive us our sins, for we also forgive everyone who sins against us….My dear children, I write this to you so that you will not sin. But if anybody does sin, we have an advocate with the Father—Jesus Christ, the Righteous One. He is the atoning sacrifice for our sins, and not only for ours but also for the sins of the whole world.1

The rooster story reminds us about total forgiveness in Christ and about what God does for us and what He wants from us. Some of us are still carrying around the guilt of our past sins against our Heavenly Father and others and holding grudges for others’ wrongs against us. The good news is: Jesus bore our sins in His body on the cross, so that we might die to sins and live for righteousness; by Jesus’ wounds we have been healed. For we were like sheep going astray, but now we have returned to Christ, the Shepherd and Overseer of our souls.2

God takes our sins, past, present, and future, and dumps them in the sea and puts up a sign that says “No Fishing Allowed.” (Corrie ten Boom)

We must not keep digging up our own sins or other people’s sins. If we confess our sins, God is faithful and just and will forgive us our sins and purify us from all unrighteousness.3 Let us ask for and receive Christ’s forgiveness by trusting in Him and then get on with serving Him gratefully for the rest of our lives. Jesus says: I do not condemn you. Go now and leave your life of sin.4

Bring your sins to Jesus Christ, dear ones, for the first time or the millioneth time. Bury your roosters, and quit digging them up!